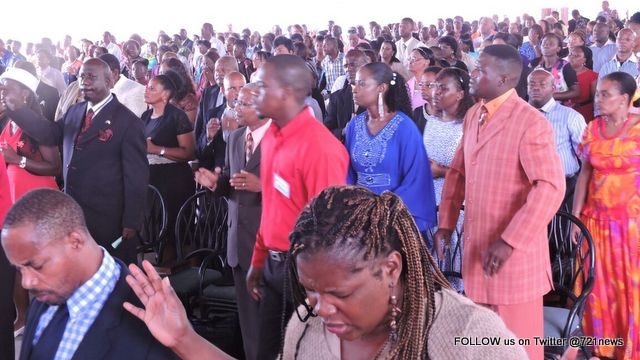 PHILIPSBURG/MARIGOT – The 10th anniversary of the St. Martin Believers Connection Convention has been hailed a success with the largest gathering of supportive Christian churches and organizations’ participation ever. 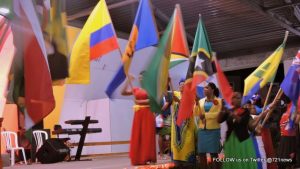 The annual conference was held under the theme: “Let the Fire Blaze in Our Jerusalem” at the Kingdom Complex of the Christian Fellowship Church in Cole Bay. It was symbolic of a jubilee celebration with both sides of the island coming together for a panoramic display of talent in dance, drama, singing and even miming, all with the goal of praise and worship to God.

Over the course of the 6-day event, attendees heard from international speakers who delivered congratulatory remarks and solidarity messages. But it was the empowering and anointed preaching of an impressive panel of local speakers that resounded.

Participants were also taught how to detect “false fires or false Christians, many of whom are driven by greed and control.” It was made clear that for the church to be truly effective on St. Maarten/St. Martin, there must be a sincere commitment to unity of the body.

Among other highlights of this year’s convention were a youth extravaganza, a memorabilia magazine featuring Christian-owned businesses, a culture costume and flag parade and an Explorer boat cruise on the Simpson Bay Lagoon.

Persons from various departments who worked over the past 10 years to make the Convention a success were also honored. The Collective of St. Martin was also represented as well as the St. Maarten Christian Party.

Minister of Education, Culture, Youth and Sport Silveria Jacobs, in delivering brief remarks, congratulated the organizing committee for its selfless dedication to the upkeep of the Conference. She opined that the Conference’s vision was in line with the government’s interest in faith-based tourism activities.

Dvds of the Conference are available at the SMBCC Secretariat at the COME Centre on Longwall Road.