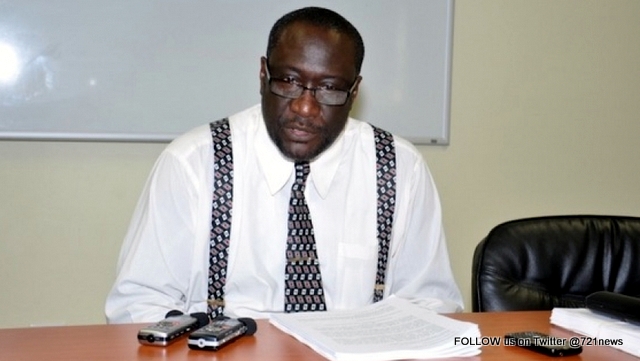 Secondly, it provides further analysis of the determination of the election results or allotment of Parliamentary seats in the aftermath of the election. Finally, the politically false presumption in the selection and appointment of Council of Ministers, lending to the stagnation of the formation of a government for 13 weeks after the election and the signing of 2 governing coalition agreements.

In retrospect, what the future holds for the sustainable socio-political and development administration of the constituent state of St. Maarten beyond 2016 appears to be quite uncertain. However, what is certain is that St. Maarten’s present political entangled path is unsustainable and needs to be changed – a change that needs to be legislatively substantive rather than superficial.

It is no exaggeration to argue that the September 26, 2016 Parliamentary election in St. Maarten marked a significant benchmark in the political history of the constituent state (of the Kingdom of the Netherlands). Said election was mandated by the Governor in the aftermath of a vote of ‘no confidence’ in the Council of Ministers motivated by “ship-jumping”. [A chronic practice where a member-elect or a member of parliament indiscriminately breaks ties with his/her elected party list, declare him or herself as an independent member of parliament, align him or herself with a different party list and render the premature fall of government.]

Consequently, a new coalition government was formed to govern until the mandated September 26 election would be held, with the specific instruction to explore, formulate and pass legislation to “stop” and/or “avert” ship-jumping. Needless to say, this was not realized before the September 26, 2016 election, despite the Government having some 10 months to accomplish it.

The election was notably highly contested with a record number of 9 parties taking part, while yielding no definitive results, as no one party garnered a majority of the seats in Parliament to presumptively take the lead in the formation of a coalition government. Respectfully, Party-list 2 and 9 equally garnered 5 seats, Party-list 3 garnered 3 seats and Party-list 8 garnered 2 seats.

The Election Ordinance that governs the Parliamentary Election has many strengths and weaknesses. Weaknesses that nurtures “ship-jumping” by not ensuring the confirmative of proportional representation within Government/Parliament, in accordance with Article 47 Section 1 of the Constitution (and matters concerned therewith). The concept of proportional representation allows that “the make-up of a parliament by allocating seats on the basis of the number votes each party received,” which ensures that votes carry equal weight.

In effect, if party A wins allotted 5 seats in parliament this should be maintained throughout the electoral or governing cycle. However, in the previous elections (in 2010 and again in 2014) this has not been the case, as parties have seen their allotted seats in Parliament diminished as a result of “ship-jumping.

As such, the wishes of the people, by democratic vote, are being disrespected and reallocated in the absence of clarity and key provisions in the narratives/Article of the Election Ordinance where the apparent unconstitutional practice of “ship-jumping” is entertained. Consequently, the young constituent state of St. Maarten has seen 5 governments in 6 years, hardly conducive to the further socio-political and developmental administration of the Island constituent state.

The alternative is electoral reform through proportional representation wherein any elected/selected candidate who attempts to ship-jump automatically loses his or her seat in Parliament, thereby guaranteeing each party the number of seats in Parliament in proportion to the number of votes received. See the proposed Draft Election Ordinance Amendment Legislation presented to Parliament March 7, 2016.

Allotment of Seats in Parliament

In the aftermath of the 2016 Parliamentary election other prudent concerns emerged which rightfully can be attributed to the “largest remainder” (rest-zetel) method presently used in filling the seats, as a result of the election, in Parliament where the total number of valid votes cast is divided by the total number of seats to be allocated, referred to as the “electoral quota.”

Next, the electoral quota is divided into the total votes each party list received with the party-list being allotted one seat for each electoral quota produced. After this allotment process is completed and there are remainder sets to be allotted, then the total votes each party received is divided by the allotted seat(s) plus one fictitious seat.

Another distortion is precipitated by Article 96.2 of the Electoral Ordinance, which regulates that if the total votes received by a party-list is less than the electoral quota, that party-list would not be permitted to participate in the seat allotment process. Consequently, Party-list 6 after receiving a significant 848 votes (99 votes less than the electoral quota of 947) was instrumentally omitted from the seat allotment process.

An alternative is proportional allocated/allotted seats based on the highest average method; the d’Hondt method, which is used worldwide including the Netherlands and considered to be the best proportional representation method. This requires the total number of votes for each party-list to be divided successively by 1, 2, 3, etc. up to the total number of Parliamentary seats (15). The seats are then allotted to parties with the highest resulting (15) averages.

A notable example is the present false presumption that “if one is good enough to run on a party-list one is good enough to be appointed as a Minster” or the notion that the Council of Ministers should be comprised of (unelected) party-list candidate who form Government (which was hailed by the press as a “good thing”) and by the virtue of getting more votes over the other the party-list candidate that form Government, is enough of a reason to be first appointed to the Council of Ministers.

Essentially, politically false presumptions at best rationalize emotional decisions. Truthfully, the rationale of the Council of Ministers is to appoint and bring competent professional persons, in their own right, into these Ministerial positions for the proper and good governance of Government not for the expediency of political appointments.

Looking to the future

Will the (present) Government’s factions seek to address the changing political landscape of St. Maarten for the sake of sustainable social, political and economic development and good governance of the Island-state?

Will the Red, White and Blue coalition joined by the sitting minority (in Parliament) to seriously embark on the elimination of the political anomaly of “ship-jumping,” and ensuring party-list representation in Parliament as voted for by the electorate – by redrawing proportional representation in the Electoral Ordinance? Will St. Maarten slide deeper into the abyss of political dysfunctionalism, personal politics among the notion where unsubstantiated personal beliefs tend to overrule reality or realize that governance is not based on individual consciences but on sound public policy and consensus building?

Only time will tell what the next chapter in the evolution of St. Maarten holds. What is absolutely clear, however, is that political thought and reform is essential in St. Maarten.