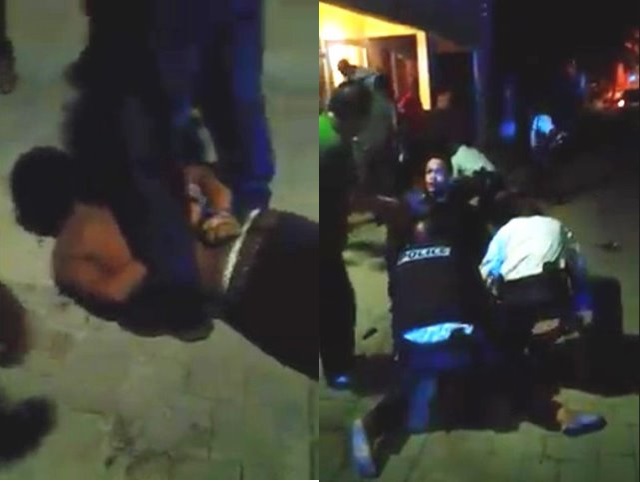 PHILIPSBURG – On Friday, around 8:30pm a big fight started among family members, who accused a man named “Gabriel” of molesting 3 young girls over a period of 4 years.

The man, identified by the family of the mother, as Gabriel retaliated by verbally abusing the mother, and then threatening her with a machete. In defense, the mother threw a beer bottle at the man. Family members reported to 721news that Gabriel rushed at the mother, and that is when her stepfather came at Gabriel in defense of her daughter. This is when everything turned sour.

To understand the situation, 721news will explain how the family is related to each other. There are two groups. The first group is the family members of the molested child (victim). They are from the victim’s father’s side. 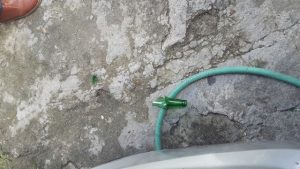 An official complaint was filed by both parents back in July / August of this year, at the Juvenile Department of KPS. Up to this date, the accuser was never arrested and never questioned.
The Police and the Prosecutor’s Office never contacted the two parents to inform them of the outcome of the investigation.

The two sets of parents – a daughter and son Chikito – are the children of the grandmother, who has a live-in relationship with Gabriel.

A family member told our newsroom all of this bacchanal could have been avoided if the Juvenile Department had continued with the investigation and questioned Gabriel. However, they did not, and this frustrated Nicaudi, and Friday night’s chance encounter with Gabriel was the straw that broke the camel’s back.

Click here for the first story that was published in July 2016 by sxmislandtime.com.

Chikito’s younger sister has a relationship with a police officer, who is part of the Alfa Team. He was called in by that younger sister, and was notified that an altercation was taking place on Back Street by her mother’s house with Nicaudi.

Members of the public were shocked to see the Alfa Team lose control this way, and started to record the incident, and what can be considered as police brutality. One young lady was targeted by a police officer, who was so out of control, he stopped with assisting his other colleagues to jump onto the porch of the lady, who was filming and ran behind her into her house. He started searching for her phone, but a female officer, who was trying her best to bring the situation under control, responded quickly by rushing into the house and pulling this officer out.

This a clear violation of a member of the public’s right to record what is happening. The officer also acted illegally by entering private property without a warrant, and searching for the phone, also without a warrant. All of this was captured on 3 videos and published on social media.

In some of the video, you can see a close-up of police kicking the father Chikito and pushing Nicaudi’s stepfather. Another video shows the police officer, who has a relationship with Chikito’s younger sister hitting Nicaudi. He apparently did not know who to help and was going from one scene to the other. 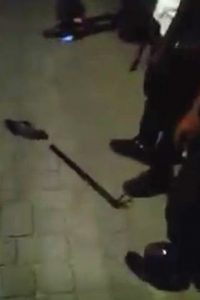 An eyewitness, who was interviewed by 721news, said the police officers did not know what to do. In the melee, they lost a police radio, and the detective accused Nicaudi’s mother, and held her for stealing the police radio.

The direct families of Nicaudi, her mother and stepfather contacted lawyer Shaira Bommel, late Saturday evening, to look into this matter. A close family member of Nicaudi confirmed to our newsroom that the lawyer visited with them and has multiple videos and pictures in her possession.

She also requested that anyone who has tape or pictures of that evening to contact Bommel as soon as possible. 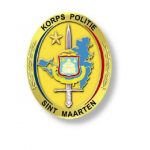 Police report has released this statement

PHILIPSBURG – Yesterday evening, November 11, at approximately 8:30pm, Central Dispatch was informed of a fight taking place involving several persons at an address on Back Street.

Several patrols immediately responded to the call where as a result four persons were arrested for public violence. All suspects were taken to the Police station where they were heard by the Acting Prosecutor.

The suspects are presently in preventive custody and detectives are busy with the investigation into this case.