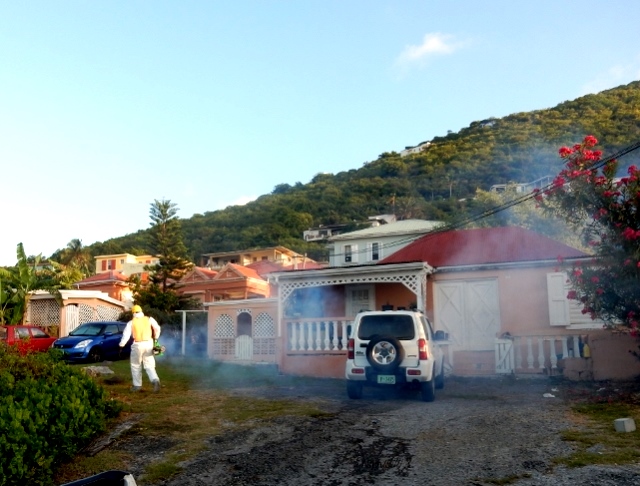 The vector control team and volunteers visited in total 71 +/- premises of which 28 were found open for yard inspections.

A home owner’s survey was also carried out in Betty’s Estate together with the yard inspection in order to determine people’s attitudes towards and knowledge of mosquitos and elimination measures.

The Vector Control Unit of CPS was supported by volunteers from the Red Cross.

The Beat ZikV campaign will be heading on Saturday, September 17 to the residential areas of Ebenezer and St. Peters.  The cooperation of all residents are needed in order to beat the Zika virus.

In 2015 malaria alone caused 438 000 deaths. The worldwide incidence of dengue has risen 30-fold in the past 30 years, and more countries are reporting their first outbreaks of the disease.

Source: 721 News 71 premises visited in Betty’s Estate. Out of 28 One in five homes with mosquito larvae