PHILIPSBURG – The Public Prosecutor’s Office confirmed on Thursday, March 24, that the three suspects in the EFEZE investigation (international firearms trafficking, drug trafficking and money laundering) Mother I.F. (55), Father V.R. (81) and Son #2 R.R (23), had to appear in front of the Judge of Instruction on Thursday.

The Public Prosecutor requested that the suspects be remanded in custody for another 8 days in light of the ongoing investigation. The Judge of Instruction agreed to the prolonged custody of the three suspects.

Meanwhile, a fourth suspect in this case, Renaldo Reymond, 27 (R.R), has been questioned. R.R. is currently serving a 16-year jail sentence at the Pointe Blanche prison for several attempted homicides.

The origins of this case dates back to Tuesday, March 18, 2014 when 19-year-old Deyanida “Clarisa” Faynete lost her life at the Louis Constance Fleming Hospital, after she was shot at approximately 10:00am that morning.

She had been shot in Dutch Quarter, and then her boyfriend (R.R. 27) carried her to the hospital on the French side where she died.

The person responsible for the shooting was a young male with whom the victim’s boyfriend (R.R. 27) had a problem.

Apparently, the gunman shot at the car in which the couple was seated. Faynete suffered multiple bullet wounds, which resulted in her untimely death.

Publish in August 2014 by sxmislandtime.com

Murder investigation may be assisted by recently arrested suspect

PHILIPSBURG, St. Maarten – Investigators may finally have the opportunity to make some headway into the ongoing murder investigation dating back to Tuesday March 18th 2014.

This came about as a result of the arrest last Thursday afternoon of the man with the initials R.R.R. (25) from Sint Maarten.

The man was arrested for fencing stolen goods and dealing in illegal firearms. 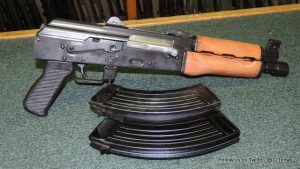 GREAT BAY – The Court in First Instance adjourned the trial of Renald Reno R. until June 17 yesterday because ballistic research has linked firearms that were found at his house during a search on August 21 of last year have been linked to several additional crimes.

In December, R. was in court for the first time. He was then charged with the attempted murder of Samuel Brown on July 24, 2014, whereby he fired several shots at his victim from a car.

The case after being investigated went to court and in 2015 the Today Newspaper published the article below;

GREAT BAY – Long prison sentences for Renald Reno Reymond and Rolando Cecil Trevor Arrindell and an acquittal for 25-year old Parbattie G. concluded the trial on Wednesday morning in the Court in First Instance about the failed killing spree the two sentenced men unleashed after a gunman shot and killed Reymond’s pregnant girlfriend Deyanida Faynette on March 18 of last year in Dutch Quarter.

The court sentenced Reymond to 16 years and Arrindell to 18 years. The prosecution demanded 21 years against both men at the trial on august 6, and 3 years against Parbattie G. Arrindell’s sentence was heavier because he fired shots at two police officers when they came to arrest him. Reymond said after the sentencing that he was unhappy with the verdict because it did not say anything about his murdered girlfriend.

After his girlfriend’s death, 26-year old Reymond hatched extensive plans with Arrindell to kill anyone who had had anything to do with the alleged killer of his girlfriend. In Reymond’s mind, Alexis R. and Brian and Terry B. are the ones who killed Faynete and he set out to hunt down these people and their friends.

The two men had a lot of firepower at their disposal but based on results, they did not have a lot of experience using them. On most of the killing-attempts they missed their targets. Ronny Brown was not that lucky. On July 24 of last year, Reymond fired several bullets at Brown from close range. The victim survived the attack but he is paralyzed for life.

Source: 721 news All members of the “Reymond” family are suspects in “EFEZE” case