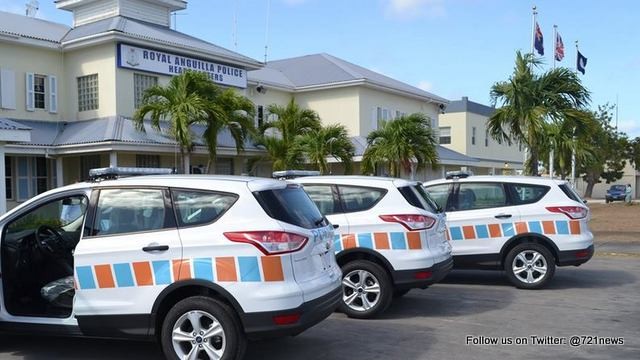 The Royal Anguilla Police Force (RAPF) on Monday, May 16, at 11:55pm responded to a report of an armed robbery, which occurred in Sandy Ground in the area of the well. Initial investigation into the matter revealed that the victims, who were on their way out of Sandy Ground using the Well Road, after patronizing one of the businesses there, were robbed at gun point, after they were stopped on the side of the road.

They were robbed of their personal possessions including cellular phones, credit cards, cash and documents as well as the motor vehicle they were driving. The vehicle was later recovered on the same night, by police, after it was abandoned. It has since been forensically analyzed.

As Police continue their investigation into this matter, they are appealing to members of the public, who may have been in Sandy Ground area, and on Well Road on Monday, May 16, between 11:30pm and 11:55pm, and may have witnessed anything suspicious or have information regarding this robbery, to contact the Valley Police Station at phone number 497-2333.

Additional information can be sent via the RAPF Tips Website by logging on to www.gov.ai/911   or email: AXA911@yahoo.com, which are both secure websites.

30-year-old on remand for sexual offences

The RAPF on Tuesday, May 17, arrested and charged a 30-year-old man from Island Harbour for unlawful sexual intercourse and indecent assault on a minor.

The alleged offender was taken before the Magistrate’s Court on Tuesday, May 17, where he was offered bail, but was unable to make bail. As a result, he was remanded to Her Majesty’s Prison until August 29, to answer to the charges.