Cay Bay, Sint Maarten — The Association of Cay Bay Stars Netball Club will be hosting their annual Ball-O-Rama this weekend, November 13-15, at the Cay Bay court.  The Ball-O-Rama starts off on Friday at 5 pm with a Uniform Parade from The Daily Extra Supermarket to the Cay Bay Court, then a small opening and games.

It will run until Sunday November 15 where the semi-finals and finals will be played.  The teams taking part will be for the Netball Anguilla Rising Stars from Anguilla, St. Kitts Blazen Vixen from St. Kitts, Dynamic Diamond Stars, Flash Girls and the host team Cay Bay Stars A and B Division.  For the Basketball Teams, Cole Bay Razor Backs, Clippers, Willful Skillful, and Fire Boyz, and Futsal Teams are Emile Photo, from French St. Maarten, Willful Skillful, and 2 teams from Cay Bay/Cole Bay area.

“We have been working hard towards this Ball-O-Rama and feel it will be a success as many of our previous tournaments.” said Lavinia Marsham, Secretary of ACBSNC.  “As always we deliver and promise a great Ball-O-Rama.  Food and drinks will be on sale and the proceeds of the Ball-O-Rama go toward our invitational trip in 2016 and 2017.

Our girls are training hard for this and any other tournaments locally and regionally in the future.”  When asked why we enter our 2 teams Ms. Marsham replied the reason for doing so is that we have always entered our 2 teams into the tournaments locally.  We also do it abroad.  Ms. Marsham would like to thank everyone that has helped in making this Ball-O-Rama a success and for their continuous support. 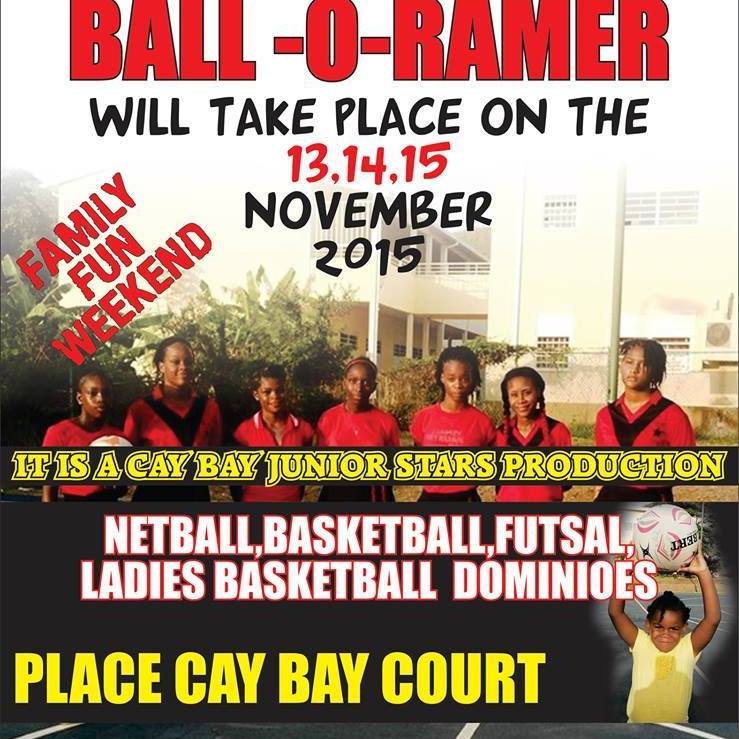