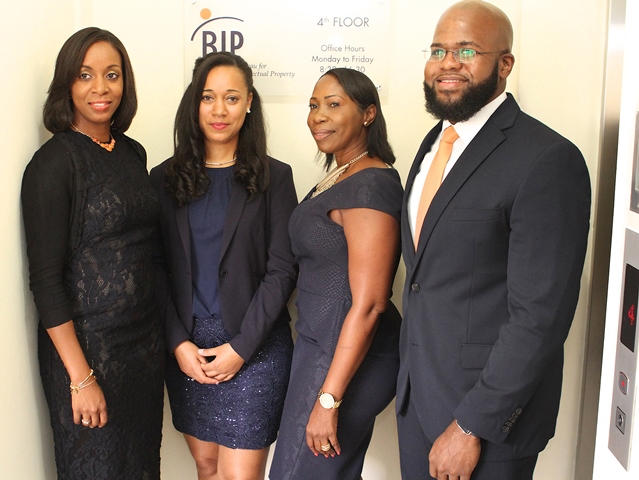 ~Focuses on building awareness for rest of 2016 ~

With a vision to be a leading BIP within the region, the Bureau was established to register both St. Maarten and international trademarks. These are both key components to aid in growing a dynamic and diversified economy for the country. The Bureau is also keen on providing the public with accurate information concerning Intellectual Property.

Since being officially established, the Bureau has had 307 new applications for St. Maarten trademarks alone, of which 99.3% were registered.

For such a young organization with a team of just three persons, BIP shows promise in helping to further productively develop both economic and creative environments in St.0 Maarten. The Bureau has worked very closely with the Benelux Office for Intellectual Property to ensure that they can provide their services at international standards.

To keep the public well informed, the Bureau has made certain that a wealth of information can be found on their website, including the National Ordinance of the Bureau for Intellectual Property, the Trademark Ordinance and all other related regulations. On the website, one can search for international and local trademarks and even register via the site by filling in the PDF form and e-mailing it to: trademarks@bip.sx.

In under a year, the Bureau has had several major achievements including the launch of the i-Envelope. This envelope records the date and time of an original idea or concept in its early stage. This means that entrepreneurs, inventors, and artists, at the time that they are still developing their idea, can confidentially safeguard it at BIP in an i-Envelope for a reasonable fee.

The i-Envelope can be used to record an assortment of items, which can be found on the website, including design(s), songs, software, slogans and (movie) scripts. For additional information, visit www.bip.sx/i-envelope.

Furthermore, the Bureau has strategically partnered with various stakeholders to better serve entrepreneurs, artists, and innovators on the island. They were one of the first partners of Dominate 360 in 2015, which focuses on entrepreneurship development and empowerment.

At this event, they were able to not only engage with 150 entrepreneurs and innovators, but were also able to go to various secondary schools and inform 250 students about intellectual property rights. They are scheduled to be part of this annual event again this year due to the positive impact it had.

The Bureau was also able to provide valuable information to the Innovation Conference, hosted by Trekksoft, which provides leading software specifically to tour companies all around the world.

Also, the Bureau has been building stronger relationships with the Chamber of Commerce, both French and Dutch, to better serve the public.

The Bureau is headed by one of the youngest directors in the region Vincentia Rosen-Sandiford, and is focused on operating in an efficient and innovative manner. In order to reach the public at large, the Bureau is working on creative and interactive ways of reaching their target groups including an increase in their social media presence and a growing number of information sessions. This campaign is expected to launch soon.

To find out more about intellectual property or how best to safeguard intellectual property, visit www.bip.sx, email info@bip.sx or make an appointment by calling +1 (721) 543-3500. The Bureau’s office located in Philipsburg and is open 8:30am-12:30pm and 1:30pm-4:30pm.