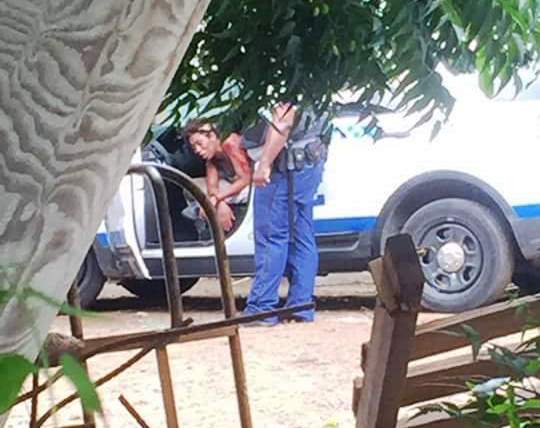 PHILIPSBURG, Sint Maarten — On Saturday July 30th at approximately 03.50 p.m. a police patrol was directed to Burger King on the Union road where there was a report of a female drug addict using drugs in the toilet of that establishment. The patrol arrived shortly after and arrested the female suspect who strongly resisted her arrest. The patrol managed to place the suspect in handcuffs and put her in the rear of the police vehicle. One officer remained close to the vehicle while the other returned to the restaurant to speak to the manager. 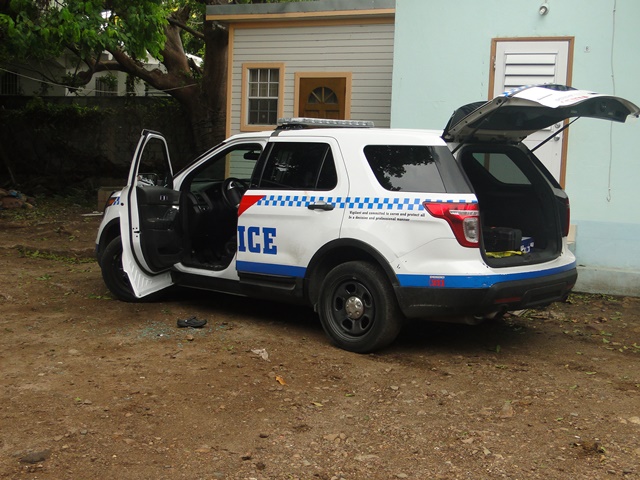 Without noticing the female suspect managed to force herself through the small sliding glass window between the front and rear seat of the vehicle. She then drove off with the vehicle which was still running in the direction of Ace Mega Center. The officers ordered the suspect to stop but she did not follow these orders and continued driving. The officers chased the fleeing suspect on foot. The suspect was driving very dangerously hitting several other vehicles and forming a lot of danger persons in the area.

She was treated on the scene by paramedics and taken to the Sint Maarten Medical Center for further treatment. Several patrols, Detectives and Forensic Department were sent to the scene to conduct an investigation. This incident caused a major traffic back-up on the Union road. As more details become available the media will be informed.