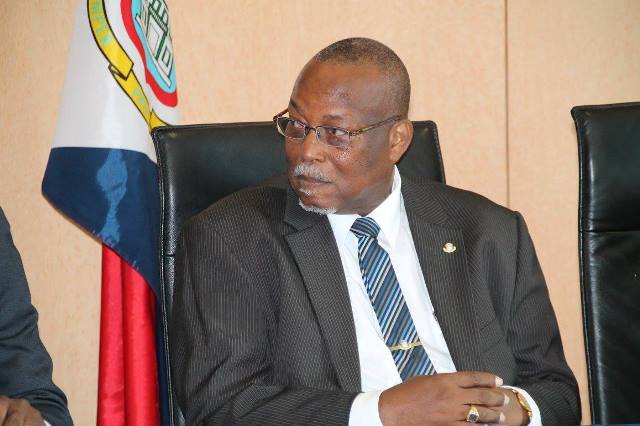 PHILIPSBURG, Sint Maarten — Minister of Justice Rafael Boasman returned to the island on Wednesday, January 11th, from Aruba where he participated in Justitiele Vierpartij Overleg (JVO) Judicial Four-Party Consultations.
The Minister deemed the meeting to be very positive. Prior to the meeting, Minister Boasman used the opportunity to meet the ministers of Justice of Aruba and Curacao separately to discuss some of the agenda points and matters of mutual interest.
The minister said that he indicated to them that, in his opinion, the most important issue is “that we stop fighting and accusing each other of all kinds of wrong doings.” He indicated that the feeling exists that the Dutch treat St. Maarten “as if we are all crooks, and that has to stop.”
A sentiment that he conveyed to the Dutch Minister of Security and Justice Ard van der Steur who indicated that he was of the impression that St. Maarten was not taking the issues serious enough. Minister Boasman assured the minister that the current government has placed law enforcement as its highest priority and will be taking this very serious.
Minister Boasman had some very fruitful and positive discussions with Chief Public Prosecutor Ton Maan and the Solicitor General (PG) regarding the crime situation on the island in general and specifically the situation at the prison. The assurance was given by the minister that the issues at the prison will be given the highest priority. “We agreed to move forward with mutual respect for each other,” the Minister said.
The minister praised the members of his delegation for the preparations made prior to the meeting in Aruba. He commended the chair for accepting his request for the postponement for one month on the discussion of the evaluation of the consensus (Kingdom) law as he did not have the opportunity to discuss this with the Council of Ministers of St. Maarten.
The next meeting of the Judicial Four-Party Consultations will be held in June on Curacao, while St. Maarten has to prepare top host the meeting in January of 2018.