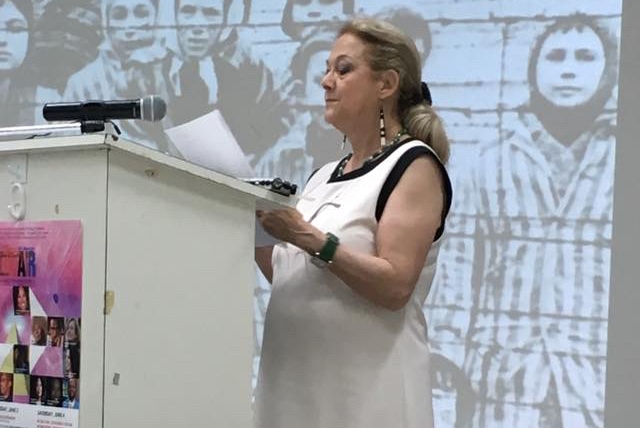 By Michela A. Calderaro

Caribbean literature has been gaining stature and critical attention beyond its territorial boundaries, not only in countries whose people speak the Caribbean languages, but also in such countries as my Italy.

In Italy the study of Caribbean literature, culture and history is part of university curricula, and more and more high school teachers are introducing their students to this rich and colorful world. This is happening, in part, because today the Caribbean is the most dynamic literary environment, where a lot is happening, where literary festivals are organized one after another and, mainly, where a new use of language is taking form, or, better, where language happens.

And when one talks about language, Lasana Sekou’s name comes to mind at once with shimmering colors.

Reading Book of the Dead felt like embarking on a journey on high seas. The journey that Sekou takes us on with his new collection is, as it invariably happens with his writings, a journey across very stormy seas – full of challenges and scary seascapes.

Should we be willing to embark on this journey? To be questioned, prodded, pushed to the limits? The answer is yes, of course; a decision made after a tormented debate, but whose reward is a promise of redemption – but only a promise with no advance guarantees.

Are we ready to choose between Lucifer and Legba? Which god will help us get out of Babylon and head across borders and boundaries towards islands that are depicted as metaphors for Jesus, sold, enslaved, stripped naked, covered in blood?

Book of the Dead is a history book, a book of remembrances and therefore about the power of memory, and as such would lead to the creation of a universal canon – a canon that is deeply rooted in the soil of St. Martin, true, but whose branches are bound to reach other world regions across the ocean in a reversal of the Middle Passage.

That such a book is presented at a book fair in St. Martin, one of the most multicultural, multilingual islands in the Caribbean, whose theme is “The Science of It,” is just fitting. “It” in the sense of writing, of a larger struggle through writing, the science of creating and evolving through the written word, through language, a way of interpreting the past, of appropriating the past, connecting memories to other memories.

Remembering means re-living the past, granting it a new life. As painful as it might be, individual remembering is a step towards constructing or creating a collective identity.

Collective memory is a product of individual memories – family recollections, biographies and autobiographies – which, though often influenced by the present or by personal interpretations, when passed on from generation to generation after having been processed by the creative mind of true artists, contribute to building our identity.

But memory, though the bearer of immortality, is fragile. It can be tricky or misleading, it can be obscured by reticence, by involuntary amnesic aphasia. (1) Thus it is the artist’s task to unveil and analyze such instances. To warn us that what happened in the past is actually happening today, in front of our sealed eyes. Lasana Sekou urges us to break open the seals that blind us.

Discussing the Middle Passage, writer Lorna Goodison stressed the importance of memory: “I know that, there is no way of forgetting something like that. I believe that the remembering of it is part of the equipment I have been given as a writer.”(2)

It is indeed the poet’s task to become the historical actant who leads to the construction of a whole new society; it is the poet’s awareness that renders the history and memory of past generations immortal and warns us that we are actually recreating the boundaries and barriers of the past.

This new collection opens with a voice that is almost a whisper, with a rhetorical thought, with a choice that must be made, and ends, coming a full circle, with “lil’ s’maatin,” with lines uttered with a voice that is no longer soft but has become firmer and stronger, though somber, after the thunders of the collection’s middle part, because “time to choose./ soon come” after having collided against boundaries, after “The Angel of Death” has taken its toll and more “blood [has sealed] the cradle of the nation.”

Actually, with the last poem, properly titled “Seal,” we are caught bereaving, then fall into silence because every possible word has been uttered already, any choice offered, and Man is now faced with a choice.

The collection is filled with references to gods, myths and ancient literatures, with tributes to contemporary authors and reports about forgotten slaughters. In the first poem we are faced with the choice between Lucifer and Legba. Then we hear about the fate of Pheidippides, the messenger bearing the news of Athens’ victory (unavoidably echoing Pheidippides’ words in Robert Browning’s 1897 poem, “Athens is saved, thanks Pan”). It was indeed Pan, the god of wild nature, of shepherds and music, who helped the Athenian herald. And so we begin by facing choices, a victory and nature.

The focus on nature, past and present genocides and martyrs of all nations expands Sekou’s collection scope to touch larger audiences, in the Caribbean and beyond, in lands that are theaters of slaughter and other horrors, because though some would say we’re destined to repeat a pattern of horrors we might still have time to pursue a different destiny of our own choice.

In Sekou’s poems we find not only a narrative of a people’s past, but also a portrait of a society that has been assembling pieces of various pasts, a mosaic of historical remembrances, a society that can survive and build its future only through these very remembrances, ensuring a solid foundation of shared heritage.

We open the book and are immediately enthralled by its language, then we realize that language is so interwoven with meaning that it would be impossible to discuss one without considering the other.

Events are reflected on by a narrating voice that shifts back and forth through myths and actual reports, blurring past and present in a continuum of devastating images, making the reader ponder over the connection between literature, culture, revolutions and the transformation of societies.

The collection is a wakeup call, a cry to preserve and cherish what we have before it is too late. Culture and heritage must be preserved and disseminated. This is the task we are all called to fulfill. Because is also through the study and dissemination of poems and stories by Caribbean contemporary writers, such as Lasana Sekou, and through his involvement in building a new society, that we can make people outside (and inside) the Caribbean better understand how the memory of a horrible past can be processed by artists in order to become part of the lives of people whose ancestors were uprooted, shipped away from their homes, deprived of their language, their names, their identities, their heritage, yet by retrieving, restoring and re-rendering their past through the use of art and poetry can overcome their own aphasia and start building a new future.

It is a process that does not necessarily call for forgiveness, but on the contrary, requires full recognition and acknowledgement of the past by all parties involved.