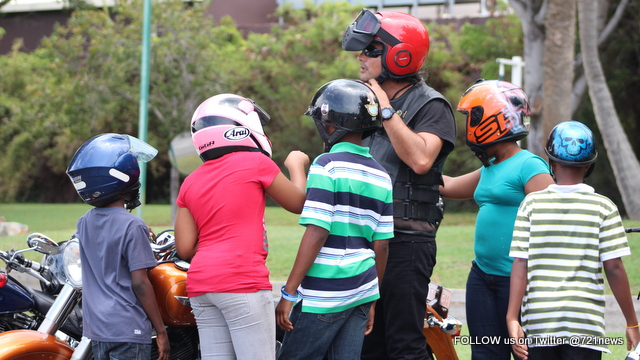 Simpson Bay, St. Maarten – The Caribbean Eagles Motorcycle Club in collaboration with the K1 Britannia Foundation held a fun event for 28 foster kids of I Can and New Start Foundation where they were treated to accompanied rides on a Harley Davidson by club members.

The 2 hour event held this past Sunday May 8th at Princess Port de Plaisance was the idea of the Caribbean Eagles motorcycle Club. “The club’s aim is to help where ever they can and this idea was a way to do so while seeing the happy faces of the kids” said President Ms. Jane Therond.

Checkmate Security provided free transportation to over 20 kids from I Can Foundation, making sure they got to take part in the event.

As the kids arrived they saw 11 different Harley Davidson bikes parked of which 3 were borrowed bikes from Super Bikes NV rental fleet to accommodate the event. Sixteen club members were present to either ride or just experience the day with the kids. Drinks and food were provided by the club.

At first the kids were nervous to be the first set to go for a ride but that quickly wore off as they got more comfortable with the members. They started picking their favorites bikes and members and went on multiple rides until time ran out. The kids could be seen spreading their arms wide, having their hands behind their back as they felt at ease, felt freedom and was having fun. Smiles and laughs were present throughout the event by club members and kids alike.

The K1 Britannia Foundation would like to say a special thank you to Ms. Jane Therond, president of Caribbean Eagles and her club, Princess Port de Plaisance for allowing the use of their facilities and Checkmate Security for providing transportation and being a part of giving these kids an experience they would never forget. If you are looking for ways to give back to the foster kids, contact the foundation at foundation@k1britannia.org. 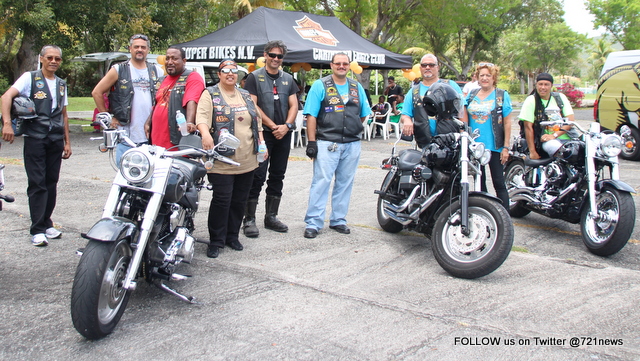 Source: 721 News Caribbean Eagles and K1 Britannia Team Up To Give Foster Kids Rides Of Their Lives