~Security To Be Beefed Up At Hms Prison, Says New Superintendent Hodge~ 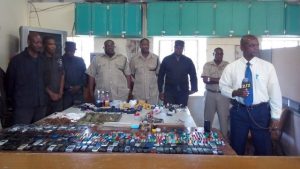 Basseterre, St. Kitts, February 22, 2016 (SKNIS)—In the wake of a massive discovery of prohibited items inside Her Majesty’s (HMS) Prison in St. Kitts, Superintendent of Prisons, Junie Hodge, said that “it will not be business as usual” and “that anyone found in breach of the prison regulations will be seriously dealt with according to the law.”

The tough-talking superintendent said that all persons visiting the prison onward will be subject to a search, from the superintendent down. He said that there will be an investigation to determine how the items found their way into the prison.

Also, he spoke about the installation of closed -circuit television (CCTV) to help with security.Speaking to the media at a press conference at HMS Prison on February 22, a day before the re-opening of the prison to visitors, Mr. Hodge presented the alarming find of prohibited materials, which includes over 160 cigarette lighters, matches, pen-light batteries, 126 cellphones, sim cards, 8 lbs. of marijuana, tobacco “brown”, crack cocaine, ice-picks, screwdrivers, saw blades, nails, toothbrushes used to make weapons and alcohol found in Island Purified Water bottles.

Her Majesty’s Prison was closed to visitors from the general public for twenty one (21) days commencing the 2nd February, 2016 until the 22nd February, 2016, to facilitate the transition period of the new superintendent of prisons and to do an audit of the security compound. 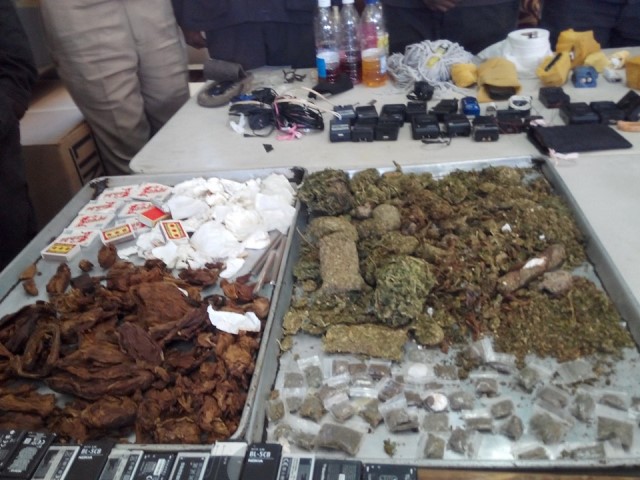 Tobacco (left), approximately 8 lbs of marijuana and a small about of crack were seized. The white items with the matches are bundles of rolling papers. 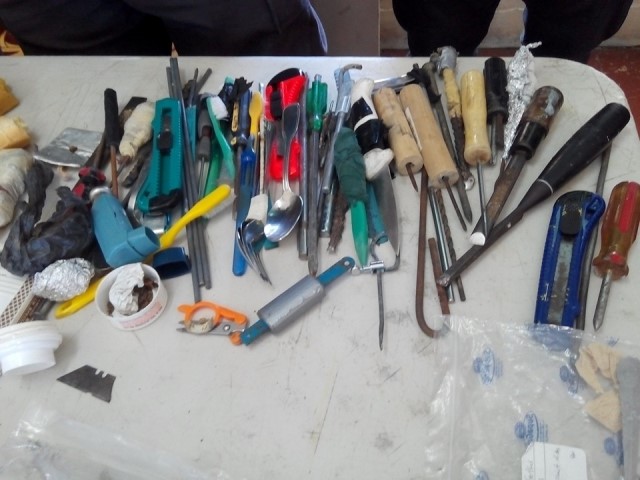 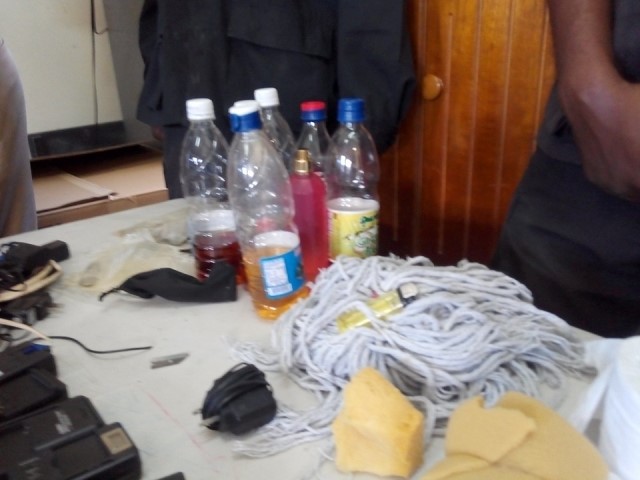 Alcohol in plastic bottles was thrown over the prison wall. Lighters and cell phones were found hidden in various items like mop heads, bed foam, rolls of toilet paper, the soles of shoes and wooden bed frames. 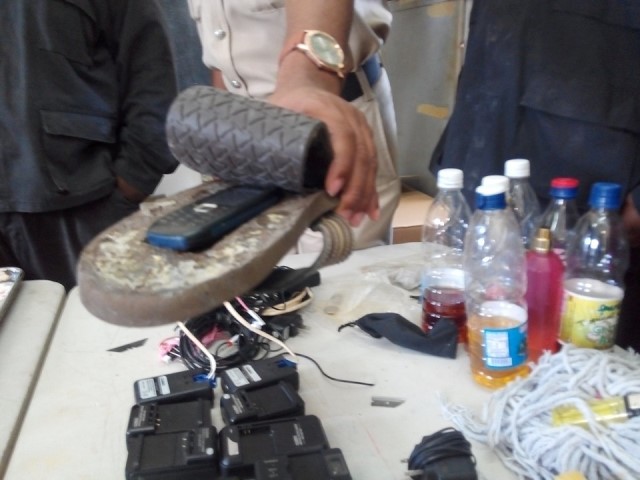 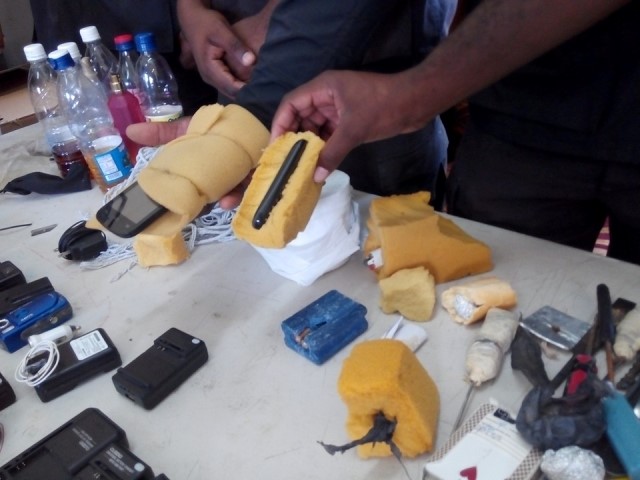 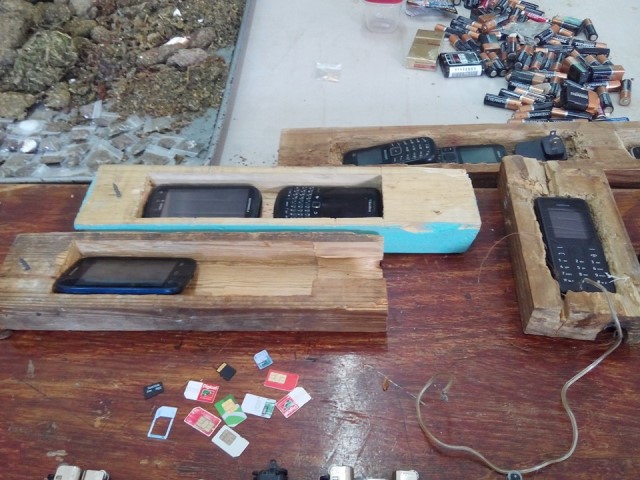 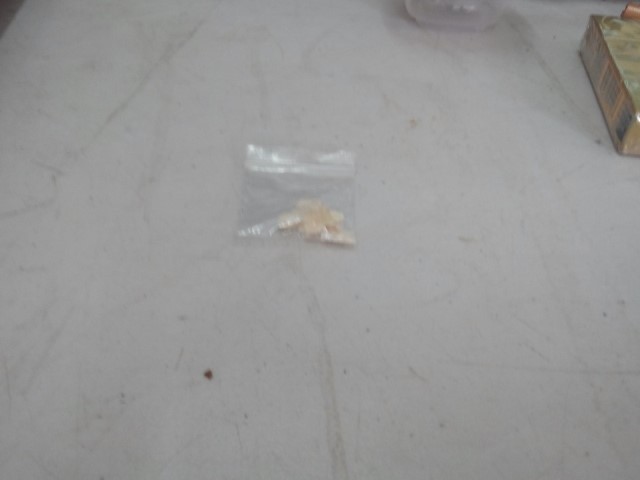 A bag of crack. 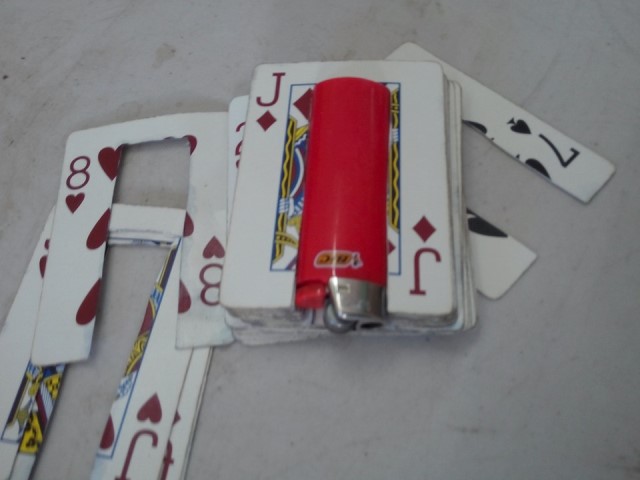 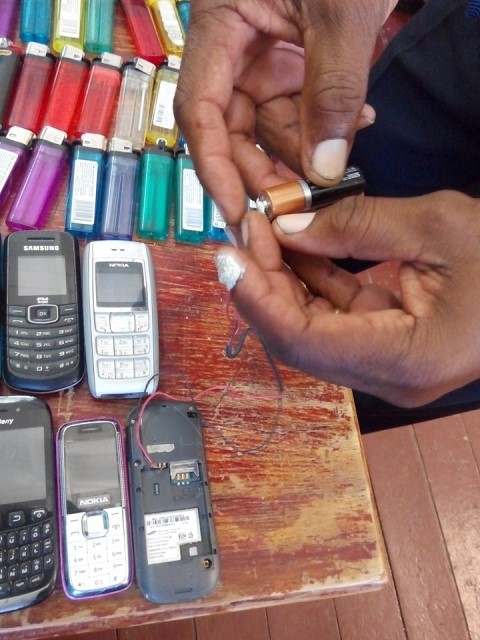 Batteries and foil are used to charge cell phones. 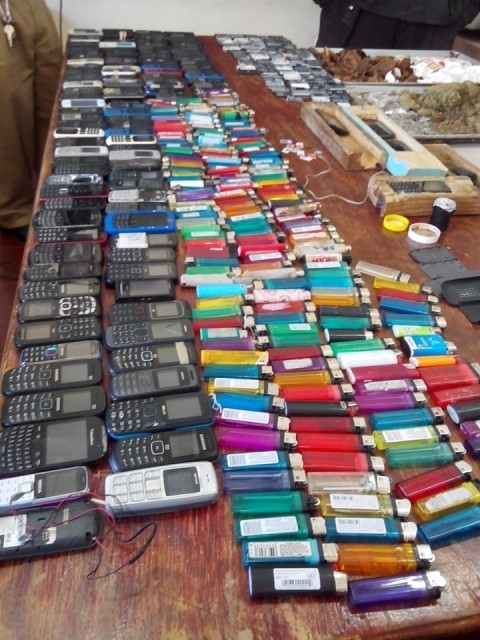 125 cell phones and 160 lighters were recovered in the search operation.