Home 721news Citizenship is not nationalism 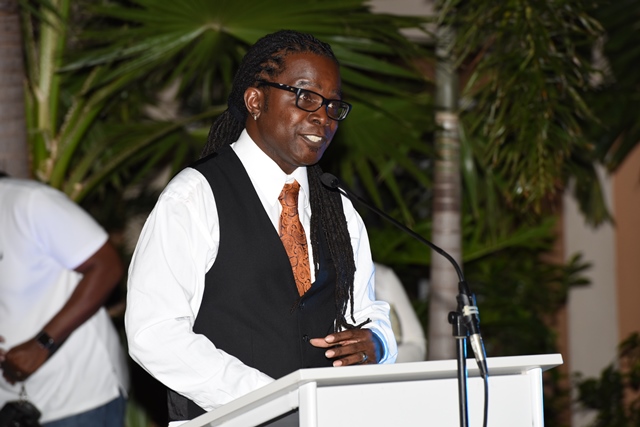 We are addressing you as a St. Maartener and not as a St. Martiner. Here is the reason: as a St. Maartener you have a commitment to, and for the most part inhabit and live your life on, the Southern side of the island. This is the part of our lovely rock that is tied to the Kingdom of the Netherlands.

The Northern side is constitutionally the French republic in the Caribbean. If we had hailed you as St. Martiners, we would be appealing to your sense of belonging to both sides of the island. Being a St. Martiner does not logically exclude you also considering yourself a St. Maartener.

To us these identities need not be mutually exclusive, as during St. Martin day persons from the Dutch and the French side recognize their commonality without eliminating their specificities.

In 2014, the University of St. Martin produced a book entitled “Notes on the Making of Nation within the Kingdom: Conceptual Clarity on Nationalism, Ethnicity, and Culture as it relates to Sint Maarten.” It would serve as the handbook for the UN-trained volunteers that would go into various districts of St. Maarten to initiate and encourage conversations that would create inclusive senses of national belonging.

“Notes on the Making of Nation within the Kingdom” was commissioned by the honourable Member of Parliament, Mrs. Sarah Wescott-Williams, via the Department of Internal Affairs and Kingdom Relation (BAK). The MP at the time held the position of Prime Minister and wrote the preface for the book.

A revisiting of that book is in order. More so in these times in which talk of leaving the Kingdom of the Netherlands is presented as the magic potion that will remedy all social and governmental ills. For the record: we are not arguing against political independence. That is not our business. Rather, we are inviting you to truly consider the political status St. Maarten gained on the 10th of October 2010 (10-10-10). We find this paramount as the intellectual vocation is encourage persons of all walks of life to receive accurate and balanced information before making decisions.

We trust that you will appreciate this contribution as complementing the information you are being fed on the option of political independence. What we present is not our endorsement, but one that we take you should also be keenly aware of. Here is the spirit of that book:

The Kingdom of the Netherlands can be understood as a federation of states that are bound together by a shared citizenship. St. Maarteners are Dutch citizens as are Curaçaons, Arubans, Sabans, Statians, Bonaireans, and persons living in the Netherlands.

Citizenship, which is a legal status, is not to be confused with national belonging. St. Maarteners can consider themselves a nation that is separate and different from say those people who live on Curaçao or the Netherlands.

In this endeavor St. Maarteners ought to cultivate their specific national symbols that encourage solidarity among those who live on the Southern side of the island, or they may go further and choose to actually promote a cross-border national identity as St. Martiners.

Under the current constitutional arrangements this is possible: St Martiners can see themselves as a nation while maintaining their Dutch or French citizenship.

What we are trying to convey to you is that national identities are in fact cultural identities. These types of identities need not respect constitutional boundaries. On this island we witness say individuals with Dominican roots who consider themselves part of the Dominican nation even though they carry a Dutch passport. Many of them celebrate the national holiday of the Dominican Republic.

In addition, since you can have a sense of belonging to more than one nation, some of these individuals also actively take part in the St. Martin day celebration. There is no need to frown on this state of affairs. Every state that ushers citizenship rights is populated by a privileged nation, and several other groups who might consider themselves separate nations.

The change in political status on October 10, 2010, was about political elites belonging to the privileged nation on St. Maarten in symbolic terms (economics is another matter) gaining the rights to govern Dutch citizens on the island as Ministers and parliamentarians. The citizens chose them during elections granting them the mandate to do so.

These citizens do, however, share their citizenship with persons who live in the Netherlands and five other Caribbean islands. What this means is that their fundamental right to live a decent life, and be governed democratically, has to be protected and safeguarded by the entire Kingdom.

When Dutch citizens living in the Netherlands aren’t treated fairly by the political governors in that part of the Kingdom, St. Maarten political leaders should speak up and demand that measures be taken. The same is expected the other way around as St. Maarteners who carry the Dutch passport are legally Dutch citizens. The contestations between the political elites on both sides of the Atlantic when such happens are a healthy part of the constitutional arrangement.

There is of course a democratic deficit in the Kingdom as those political elites stationed in The Hague have more political power and manage a larger economy and population than those on the islands. Work needs to be done to create more balance in this political arrangement. The ideal way this should be done is a decolonial politics understood as the continuous reeducation of colonially infected minds and democratization of institutional practices. This entails that all political elites within the Kingdom need to govern well and project a sense of being a guarantor of citizenship rights that is not confused with national sentiment and chauvinism.

The question you need to ask yourself is do you believe that this can be done within the current political set up, or do you think that shattering the trans-Atlantic bond will create a situation whereby decency and justice reigns on the island?