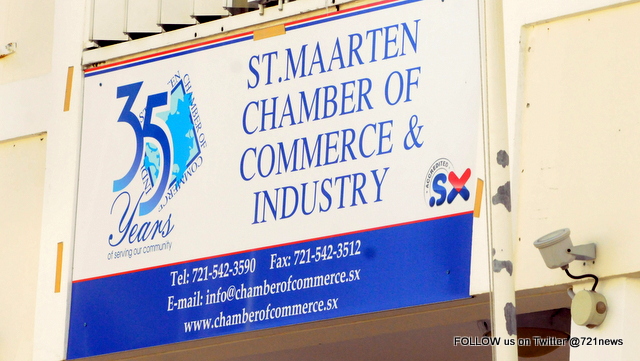 The St. Maarten Chamber of Commerce (COCI) has taken note of the elucidation presented through a local radio program by the honorable Prime Minister of St. Maarten regarding the acquisition of a parcel of land by COCI.

COCI, whilst it wishes to remain neutral, seems to have been inadvertently drawn into the political campaign that has commenced, is forced to respond to the incorrect, and unsubstantiated account given on the subject matter. The accusations launched suggest that COCI has participated in an undue process to receive in long lease a parcel of land on the Ring Road.

A few of the points brought forward by the honorable Prime Minister are addressed hereinafter:

1] The Government administration should have all documentation pertaining to this matter, and even if in the transfer between Government’s documentation was not duly provided, it is deemed the responsibility of the honorable Prime Minister to seek all documentation and be fully informed prior to launching the accusations. As such the information provided is qualified as intentionally malicious;

2] The honorable Prime Minister suggested that Mr. Connor, currently the Executive Director of COCI, issued a day before departure out of office a parcel of land, including the property on which Air Lekkerbek is located for 20 years, to COCI for 1 guilder per year, this whilst others have to pay a regular long lease  rate.

COCI received on September 18, 2014, in long lease a parcel of land from the then Minister of VROMI Minister M. Lake. Based on this long lease issued, COCI would pay ANG 1 per year until January 2016 and thereafter ANG 4 per square meter from January 1, 2016 based on a land value of ANG 50 per square meter, being ANG 40,000 per year. The suggestion that Minister Connor just before his departure issued this land for ANG 1 to COCI, against all procedures is absolutely false. (The long lease decision is attached).

The fact that COCI was given a period to pay ANG 1 per year for the property is based on the requirements of Government in the development agreement executed, based on which COCI at its own expense is obligated to develop the property in the interest of the Country. The period for which ANG 1 must be paid serves to allow each party to prepare and meet the obligations set in the Development Agreement, as COCI cannot comply with certain requirements without the Government doing its part.

COCI was not given an advantage. On the contrary COCI accepted quite a risk, burden and task to develop an Economic Service Center and to pay for all parking facilities and other facilities demanded by the Government.

The inclusion of the land where Air Lekkerbek is located, is in the opinion of COCI incorrect. The Ministry of VROMI, having a previous rendition of the development planned for that property, never indicated that the property would include the area where Air Lekkerbek is located. The Ministry of VROMI clearly based on available renditions/concepts at the time determined the size of the property, and its bounds.

To our knowledge the land where Air Lekkerbek is located would become part of a roundabout. Yet the dimensions of the property were set by the Ministry of VROMI, and through Domain submitted to the Notary. COCI accepted the property as per the indication of VROMI and set forth in the decision and agreement, and which to its knowledge does not include the Air Lekkerbek property.

3] COCI following this decision approached the notary on the execution of the deed of transfer, to which the Government must cooperate. The transfer tax that was being levied on the transfer of the property was not based on the long lease fee, but on an estimated future value of the property (one that yet has to take shape).

In the process of verification of the transfer tax amount and while awaiting the final development agreement, 6 months lapsed and the Notary required a new decision, which was sought in 2015. COCI explained that it received a warrant for payment of ANG 10,000 in long lease for 2014, whilst the property was issued in September of 2014.

On October 26, 2015 COCI finally received the re-issued long lease decision. With the execution of the Development Agreement in place, COCI could finally get the transfer deed executed on November 12, 2015.  So contrary to the statements of the honorable Prime Minister, the land in question was not issued to COCI a day before the Minister had to leave office.

Given that this matter was before the Government long before the caretaker period commenced, the finalization hereof was fully in line with the permitted actions. This was not a new matter, and did not pertain to a new issuance of property. Government is obligated to cooperate with the recipient on the transfer of the property.

In closing, it is unclear to us why the honorable Prime Minister elected to misinform the public of St. Maarten in this manner, as there is a clear paper trail on this entire matter. By leaving out the crucial details the idea is created that undue advantage was given to COCI by its Executive Director (then Minister) a day before leaving office.

The Prime Minister also unduly created the impression that COCI would have caused a third party to be deprived of a right to property, because the land was given to COCI. The Prime Minister failed to explain that COCI is a semi-Government institution, that it works towards economic development and that this land issued is permitting COCI to actively work towards execution of its task to promote economic development in St. Maarten.

COCI did not receive a gift, but accepted this property with its requirements, restrictions and financial implications; financial burdens which the Government now would not need to develop an Economic Service Center for the benefit of the country.

Other Chambers have received land from Government for their operations, COCI has been renting office space for years, has grown as an entity with the needs of the community, developed its services to better support business development and is not worthy of receiving property after seeking such over the past 20 years?

The Prime Minister should have done a proper due diligence prior to addressing this topic in the media and placing COCI in a negative light.