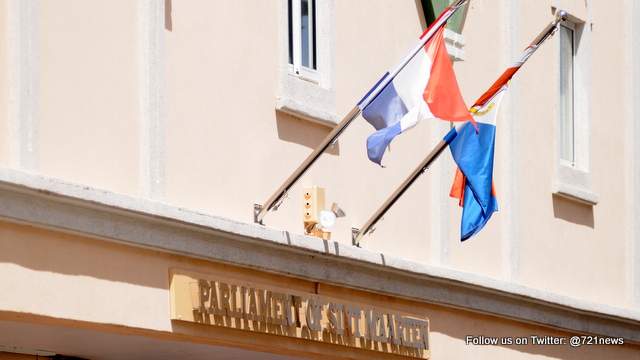 PHILIPSBURG – The chairpersons and vice-chairpersons of the parliamentary committees were recently elected to guide the work of these committees on behalf of the Parliament of St. Maarten.

Chairlady of Parliament Sarah Wescot-Williams has facilitated the work of these committees by providing all the committee chairpersons with the matters, which have been referred to the committees. These matters include draft ordinances, meeting requests by third parties and other requests and reports, sent to Parliament.

Other than the Central Committee of Parliament, the permanent and ad-hoc committees of Parliament include a selected number of members, these members having been appointed to these committees on the basis of their preferences and those of the respective factions. However, attendance is open to all members of Parliament. All committee meetings of parliament are open (public) meetings, however, it can be decided to have these meetings behind closed doors.

Some noteworthy items on the schedule for upcoming committee meetings are the draft Preparatory Resolution Little Bay Beach/Cay Hill (VROMI committee), Petition for a referendum, (Committee for petitions), financial reports (Finance Committee) and reports by the General Audit Chamber, such as the report on Administrative Appointments (Committee Country’s Expenditures).

Chairlady Wescot-Williams said: “The meeting of Faction Leaders has also resumed its work and it is expected that the proposals for amendments to the Rules of Order of Parliament will be presented soon. Faction leaders and MPs have also been asked to indicate if pending requests for meetings requested by (their) Members of Parliament are still to be considered.”

“Furthermore, I am in contact with the government ministers regarding the draft legislation we took over from the Netherlands Antilles with the intention to finalize and make these St. Maarten laws. Given the time that has passed as well as changed outlooks, it can very well be that the government no longer wishes to pursue some or all of these laws. Most of these draft laws regard the Ministry of Justice, such as a draft law on private security firms, changes to the admittance and expulsion law, changes to the notary law; Ministry of Finance, changes to the ‘tax holiday’ laws; Ministry of Education, Culture, Youth and Sport Affairs, the media law, and for the TEATT ministry, the telecommunication law,” she said.