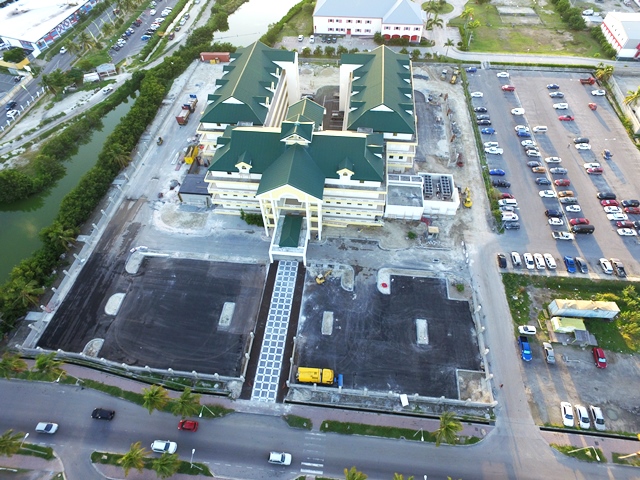 PHILIPSBURG – Even though the Council of Ministers has moved into the new Government Administration Building, there are still some inconveniences to endure as all the documentation has still not completely moved into the new building.

“It is somewhat getting used to the location. It’s like you hit the ground running when functioning in the office, but with part of the support still being in the (old) building and other buildings, you feel somewhat at times disconnected because you can run downstairs and book a document, and run downstairs and get a document. Now, you literally have to cross the street, or send somebody across the street to get it,” said Prime Minister William Marlin at a recent Council of Ministers press briefing.

“Preparations are being made for the next phase in members of the organization moving to the building. It will take some time before it’s all completed,” he disclosed.

The Prime Minister said that despite the inconvenience, it is worth to wait another eight months for the completion of construction on the building. “It is challenging for the ministers and their staff as they still have to endure some of the inconveniences that go along with construction, but hopefully in the next couple of weeks, months, it will be a completed job. After waiting eight years, I think it is worth the wait if we go an extra eight weeks, so to speak to get it all in place,” Prime Minister Marlin said.