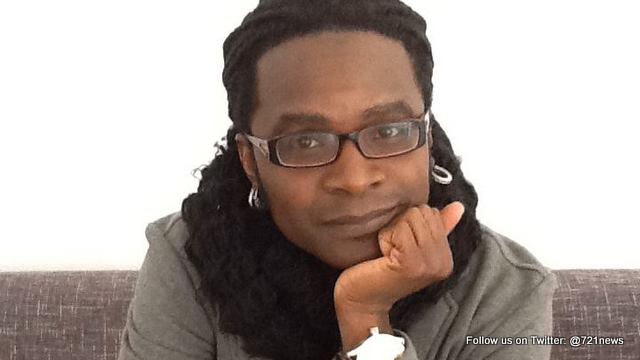 PHILIPSBURG – Good governance and the tension between ethnic diversity and national identity are the two hot topics within the Kingdom of the Netherlands.

Given the upcoming elections in the Netherlands and the recent tensions within the Kingdom, intellectuals on both sides of the Atlantic have dedicated much of their effort in analyzing the two topics. The University of St. Martin (USM) has broken ground with two new academic publications that address respectively good governance and the relations between ethnic groups in a time that defining national identity is high on the agenda.

Dean of Academics of USM Geneve Phillip-Durham has written the entry on “Governance in the Dutch Caribbean” for the “Global Encyclopedia of Public Administration, Public Policy and Governance.” Encyclopedias of this caliber, published by the prestigious Springer in New York, is what policy makers, academics, and transnational organizations like Transparency International review in doing their work.

“When governance is discussed in relation to developing countries, it often has the adjective ‘good’ appended to it to describe what should be strived for. What I seek to do in my work therefore, is to address governance in a non-normative way and in a way that departs from universalistic and utopian ideas. Notwithstanding, it remains important for me to acknowledge the governance challenges that are common to us on a national and regional level, if we are to obtain an improved experience and eliminate the level of apathy toward governance that has become ubiquitous,” Phillip-Durham stated.

The publication guarantees that Phillip-Durham’s PhD thesis: “Deconstructing the Good Governance Agenda: A Comparative Analysis of Selected Caribbean Small Island Developing States and Sub-National Island Jurisdictions,” which she is submitting in June, will be well received internationally.

President of USM Dr. Francio Guadeloupe published a polemical essay entitled: “Tarzan komt uit de Tropen, Ik Niet”/Tarzan’s from the tropics, I am not”! in the Dutch literary journal “Het Gids” that has been in circulation since 1837. With its past in which accomplished Dutch intellectuals were part of its editorial board, think of the likes of Harry Mulisch and Eduard J. Dijksterhuis, in addition to featuring internationally acclaimed scientists such as Professor Mattijs van der Port in the current issue, Guadeloupe’s essay in “het Gids” is bound to reach a large audience.

Guadeloupe commented: “the mark of growth, in this case taking seriously of our current political arrangement, is that thinkers at the USM produce work that addresses wider issues within the Kingdom of the Netherlands. Where this essay breaks new ground is that instead of focusing on the fundamentalist nationalists in the Netherlands who spew overt racism and wish to deport as much as possible newcomers, the Moroccan, Turkish, Surinamese, Polish, and yes, Caribbean-Dutch, this piece analyses the fears and anxieties of those level headed men and women who claim to accept Dutch multiculturalism, but who nevertheless seriously contemplate voting for conservative parties such as the PVV. Like their xenophobic peers, they too have not fully embraced the current reality of the Netherlands. They have a sense that their way of life is changing and they are no longer claim to be the only authentic people of the Netherland as it is today. Instead of pointing fingers, I do hope that some readers here on the island may recognize themselves or gain an understanding of the view of their colleagues or acquaintances.”

Parts of the journal, including the article by Dr. Guadeloupe can be accessed via: https://de-gids.nl/2017/no1