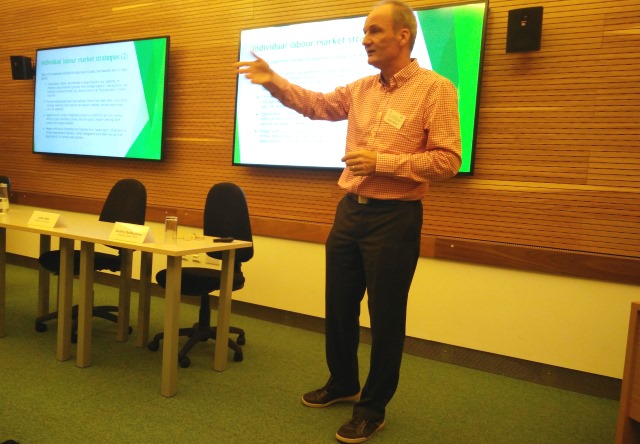 SINT MAARTEN/MALTA – On November 18-24, St. Maarten economist Arjen Alberts was participant and lecturer in the event entitled: “Island Tourism: Economic and Labour Market Implications” taking place at the University of Malta in the Mediterranean.

The first part of the conference consisted of a symposium with contributions of island scholars from places as diverse as Corsica, Greece, Japan and the US. Alberts’ lecture was entitled: “Labour Market Dimensions of SITEs: Developments in the Caribbean cases of Aruba and St. Maarten.”

SITEs or Small Island Tourism Economies is the scientific term for the category of islands that follow a similar tourism-oriented development path to St. Maarten.

The latter half of the event consisted of an “Autumn School” for students of the University of Malta as well as other participants, with contributions by scholars from Malta, Sweden, the Netherlands, Greece and the UK.

One afternoon was dedicated to Alberts’ lecture on “Victims of their own success: Aruba and St. Maarten negotiating limits to Small Island Tourism development,” an overview of his research to date in his PhD project for the University of Amsterdam.

Participants in both events exchanged information and points of view on the development in various tourism-driven island economies all over the world. It became clear that the success as well as the challenges of St. Maarten and other Caribbean islands have more in common with countries like Malta than was previously assumed.

There were extensive discussions on lessons learned and best practices in the case studies presented at the conference.

The entire event was an initiative of Professor Godfrey Baldacchino of the University of Malta, chairman of the International Small Islands Studies Association (ISISA). It was co-organized by the Centre for Labour Studies and the Institute for Tourism, Travel and Culture, both University of Malta, in cooperation with RETI, the world-wide Network of Island Universities.