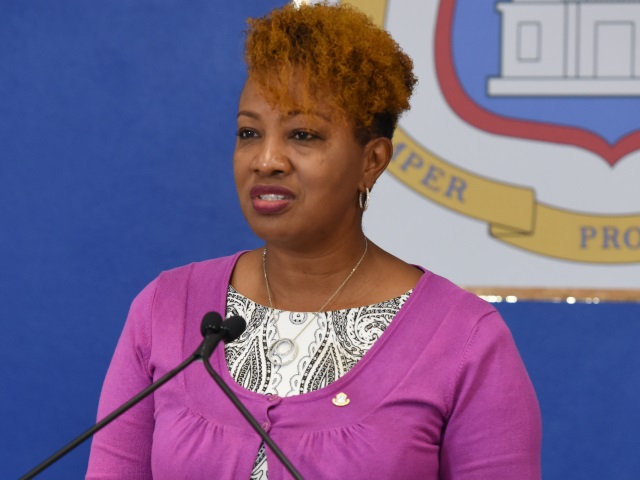 PHILIPSBURG – The Ministry of Education, Culture, Youth, and Sports (ECYS) together with the Lions/Leos Club of St. Maarten will be collaborating on a drug and alcohol abuse campaign for the youngsters on the island.

Minister of Education, Culture, Youth, and Sports Silveria Jacobs stated during the press conference to introduce the project to the media, that it gave her great pleasure to inaugurate this project. “I would like to thank the service club and the ministry for this collaboration of dealing with the challenges seen in the various reports on drug and alcohol abuse in our schools,” said Minister Jacobs.

The Minister stated that, “the teachers constantly complain about students being/getting high at school, and that we can’t continue to expel these students as it has a negative impact on their lives.”

Inspector for ECYS Betty Ellis stated during the press conference that this joint effort will tackle the alcohol and drug problem amongst the youth through collaboration with the St. Maarten Lions/Leos Club, and the ministry and by also getting other stakeholders in the community on board.

“We will identify our sub-projects and through this means identify more stakeholders for us to approach. Therefore, we are having an information meeting on Monday, March 20, at 6:30pm at the Lion’s Den in Sucker Garden to introduce the project. We are inviting all interested organizations to attend,” said Ellis.

President of the Lions Club Davey Woods stated that they are happy to be part of this joint effort, and mentioned that a few years ago the Lion’s Club took the initiative and went to Parliament to request having the drinking age raised from 16 to 18 years old.

“During Carnival we have had various campaigns in the Carnival village, one being handing out stickers to booth holders reminding them of the drinking age and not to sell alcohol to minors,” said Woods.

Lisandra Havertong-Ellis also of the Lions/Leos Club stated that for 2016/17, the club decided to have a signature project, which is an ongoing project, and through this means they decided to bring back drug awareness.

“We will be using slogans such as, ‘Best Me is Drug Free’ and ‘Greatest Me is Alcohol Free.’ The artwork for this should be concluded soon,” said Havertong-Ellis.

Minister Jacobs officially thanked the Leos Club and the Ministry for their efforts and is asking all youth organizations to make an effort and come to the meeting on Monday, March 20 at 6:30pm at the Lion’s Den to lend your support in curbing a growing trend in the community.