Home 721news Family argument leads to one woman shot in her leg and one man... 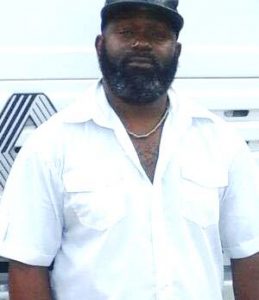 DUTCH QUARTER / SOUTH REWARD St Maarten –This story is one of the bizarre ones that need step by step explaining. 721news is just reported what was told to us by witnesses and some was confirmed by Police. On Thursday evening a man and his wife were having an argument.

When the argument got more than heated, a family member, who is a young lady who works as a nurse at the St. Maarten Medical Center stepped in to help her family member. The husband D.A. who had a weapon shot the nurse and jumped in his car and drove away. Family members quickly called Police and told them about the incident.

The nurse was brought to the hospital for further treatment. Just minutes after, Police received word that the husban was found dead in the bushes close to Carrot road in South Reward. When they arrived they indeed saw the man there dead and not showing any signs of life. The ambulance personnel tried for a while to see if they can bring him back however they had no luck.

Police Spokesman Ricardo Henson told 721news that there were no gunshots or stab wounds on the man and therefore cannot say how the man died.
The husband has been Identified as Dalton Ayer aka “ICE” the Truck Driver.

Police is investigating the very strange incident and were seen interviewing witnesses in South Reward.

The Detective Department is presently investigating a shooting which took place on Thursday January 14th at approximately 07.55 p.m. in Christiansted drive in Dutch Quarter. The caller stated that the male suspect fired shots hitting a female in one of her legs. The suspect then drove off in a gold colored S.U.V. Police patrols and Detectives were immediately sent to the scene to investigate what had taken place. The victim was treated on the scene by paramedics and then transported to the Sint Maarten medical center for further treatment.

At approximately 08.30 p.m. while the investigators were still on the scene in Dutch Quarter the Emergency Dispatch received a call informing them that the suspect in the shooting was laying on the side of the street on Carrot road in South Reward and was not showing any signs of life. Immediately police patrols, detectives and crime scene investigators were sent to the scene. The entire area was closed off for the Forensic Department to collect evidence and witnesses were questioned by the detectives.

Dr. Mercuur arrived on the scene and pronounced the death of the victim but could not determine the cause of death at the moment. The body of the suspect was confiscated for further investigation. The S.U.V. in which the suspect left the scene after the shooting was later found in the vicinity of Milton Peters College.

The investigation is in the preliminary stages and a soon as more details become available the media will be informed.

Source: 721 news Family argument leads to one woman shot in her leg and one man dead