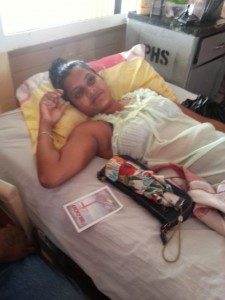 According to the 12-year-old girl, she became “very frustrated with life” after enduring severe problems with her boyfriend. She is presently hospitalised, battling for her life. According to her, she had “a mouthful of gramoxone” and was saved by neighbours. She is in the hospital eight days now.During interviews conducted with these individuals they all related that they were confused and frustrated with life. They all suffered personal problems in their relationships.

Twenty-two-year-old Nelina Ramesh from La Belle Alliance, was rushed to the hospital on Sunday morning by her parents after she ingested a quantity of tablets. Her condition is said to be improving. However, she attempted to end her life after her brother asked her to stop ‘texting’ and assist with the household chores.

Meanwhile, Yasoda Munniram – a 24-year-old mother of two from Fairfield village, said she became very frustrated after she had a heated argument with her husband last Sunday night. She consumed a large quantity of “gramoxone” and is presently receiving saline. 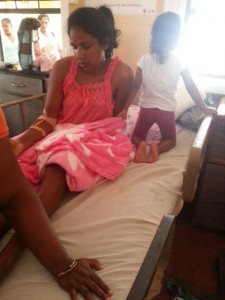 Twenty-eight-year-old Susheila Khemraj of San Souci was rushed late Sunday night after she too consumed a quantity of poison. Susheila said she was confused and at the time gave up on life. Khemraj is currently married and has two children.

Twenty-year-old Savita Sursattie also ingested “gramoxone” Sunday night. She was rushed to the hospital by relatives. Relatives said they are unsure why Savita, called Bindu, would want to end her life. Sursattie was recently married and has since been separated.

The female ward at the Suddie Hospital was packed to the extreme as persons were visiting the patients. Some of the relatives were seen crying as they are still baffled as to the reason for these individuals to have made such a drastic  move to kill themselves.

Meanwhile, two separate families on the Essequibo Coast are mourning the death of their loved ones as they tragically consumed poisonous substances separately. Dead are 23-year-old Akel Shurland of Adventure and 27-year-old Kaimwattie Persaud of Anna Regina. 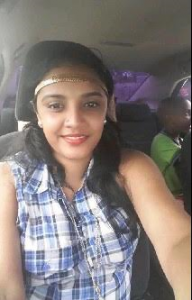 According to information reaching INews, Shurland was involved in an accident recently. He crashed into another vehicle and was asked for compensation. He became confused in the process and went home and drank poison. He battled for his life several days at the Suddie Public Hospital after which he succumbed.

Meanwhile, Khemwattee Persaud – a worker attached to the Guyana Elections Commission (GECOM) office at Anna Regina had a heated argument with her husband after which she consumed the poisonous substance. Information revealed she went at a ‘lake outing’ and upon her return she had a confrontation with her husband.