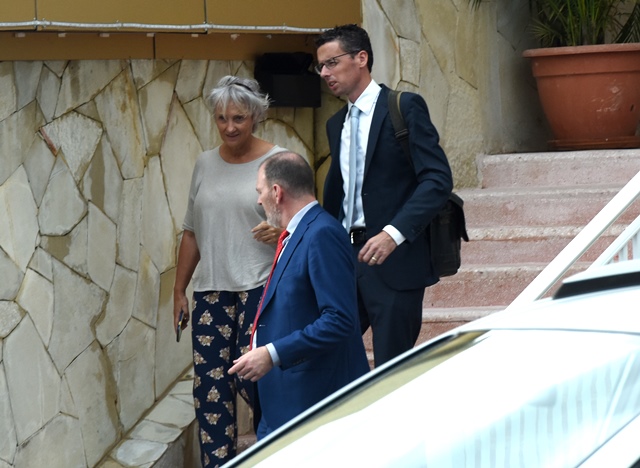 LOWLANDS, Sint Maarten — The Anti-corruption Taskforce (TBO) of the Kingdom Detectives Cooperation Team (RST) are conducting searches since early in the morning of Tuesday, December 13, 2016.

At the request of Italian authorities the suspect F.C. (56), born in Italy, has been arrested. The searches are taking place at a home and an office building and are led by an investigative Judge. 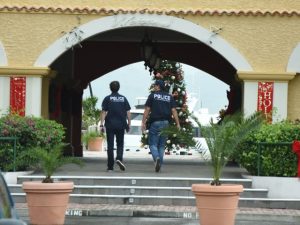 We will give an update about new developments as soon as possible.

The former Member of Parliament of the PDL (Italy), Amedeo Laboccetta, is among those arrested by prosecutors in Rome in an operation on a transnational criminal association that laundered worldwide income of the non-payment of taxes on online gambling and the video-lottery. In handcuffs also the entrepreneur Francesco Corallo. Suspects Sergio and Giancarlo Tulliani, father in law and brother in law of the former president of the Chamber, Gianfranco Fini.

Sergio Tulliani and son Giancarlo are involved in the recycling story that arrives by way of the West Indies Company, the manager Francesco Corallo. According to what has been learned the suspects are over 10 in the affair. Amedeo Laboccetta was parliamentary and national coordinator of the PDL in Naples. In November 2011 he had been the latter to oppose the seizure of a computer Francesco Corallo, arguing that it was a pc with materials concerning his parliamentary activities.

The checks of the magistrates in Rome came on the basis of a dossier sent by colleagues from Milan. The recycling concerns a turnover of over 80 million euro. Sergio and Giancarlo Tulliani are father and brother in law of the former president of the Chamber, Gianfranco Fini.

Giancarlo Tulliani would provide Rudolf BAETSEN, right-hand Corallo two offshore companies in order to pump the money allocated to the Antilles. Some of the checks carried out by the magistrates would also be deepened by controls carried out at the time for the ‘house of Monte Carlo’.

BAETSEN would finance the purchase of the apartment in Monaco, on Boulevard Princesse Charlotte 14, formerly of the National Alliance properties, found by Giancarlo Tulliani and then rose from his own company to another.