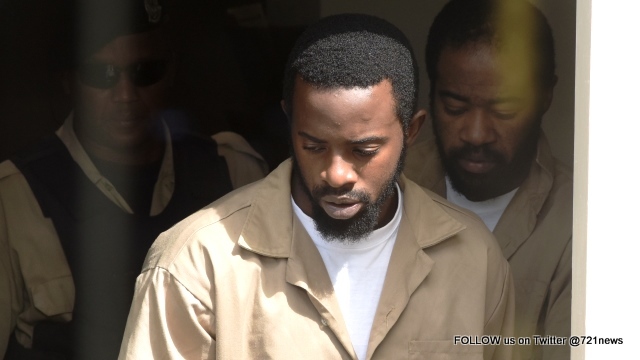 GREAT BAY – The Court in First Instance acquitted Franklyn Thewet yesterday of attempted manslaughter on two security guards at the St. Maarten medical center on February 29, but it sentenced him to 15 months for firearm possession. Of the sentence, 5 months are conditional and the court imposed 3 years of probation.

The shots that were fired near the hospital came at the tail of a gang war between the Dutch Quarter Gang and the Cul de Sac Boys. They had been involved in a fight on Soualiga Road where by several people sustained injuries. Three of them went for treatment to the hospital. Outside of the premises, their supporters from the two rivaling groups became hostile. The police showed up to bring the situation under control, but shortly after they left, several shots were fired.

Thewet was arrested shortly afterwards as one of the suspected shooters. In the vicinity of a hotel police found a gun, a winter coat and a tee shirt. The Dutch Forensic Institute NFI found Thewet’s DNA on the tee shirt and the coat, but not on the weapon.

Thewet claimed that a friend had given him the coat, wrapped around the gun and that he initially had put on the coat to cover the weapon he had put in his trouser pocket. Later he had thrown everything away.

The court found no indications in the dossier that contest Thewet’s story and it therefore acquitted him of attempted manslaughter. For the possession of the gun however, the court still handed down a sturdy sentence.