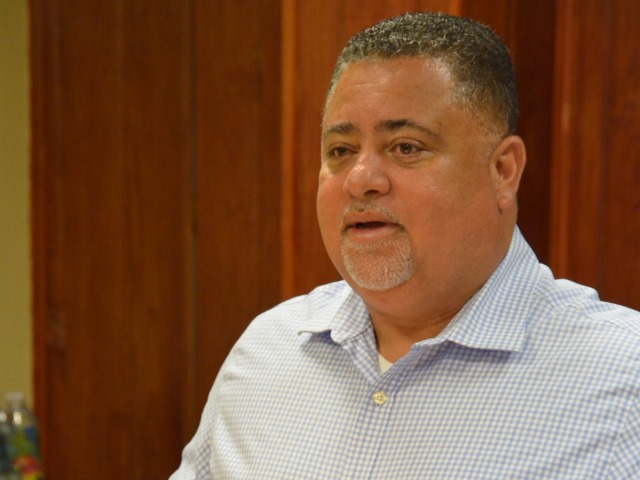 St Peters, Sint Maarten — Leader of the United St. Maarten Party (USP) Frans Richardson on Thursday said the party will move “full speed ahead” towards the September 26 Parliamentary Elections despite having its #15 candidate Dennis Williams removed from the list by the Main Voting Bureau. That decision was held up by the court on Thursday after the USP used it’s right to appeal the decision in a court of law.

The party felt it had a strong case after pointing out to the judge that Williams was the candidate who signed the declaration to participate in the election, but his name was mistakenly left off of the initial list that was submitted on Postulation day. Instead, the name of another candidate appeared who was off island at the time and could not sign the declaration to participate. The Main Voting Bureau stuck to what was written in the law about non-changes (in terms of whole names) to the initial list and so did the judge.

Nevertheless, MP Richardson said the USP will move ahead with its 22 candidates on the campaign trail. “We will continue to bring our message to the people of St. Maarten. We think it’s unfortunate that our #15 candidate didn’t get the opportunity to participate in the election but we know Dennis will still be part of the USP team and campaign vigorously for the party,” Richardson said.

He added that the USP will not appeal the decision. “Even though we have the right to appeal we won’t. It will further hold up the process and the other parties are waiting to finalize their colors ect. We will move forward and once we’ve obtained enough seats we will look at our electoral laws because too many things are unclear or conflict with each other. We are happy with our lawyer’s performance in arguing our case and we are looking forward to putting this behind us and moving on towards victory,” he added.