Home 721news Frans: SHTA should guard its tone in addressing its government partner 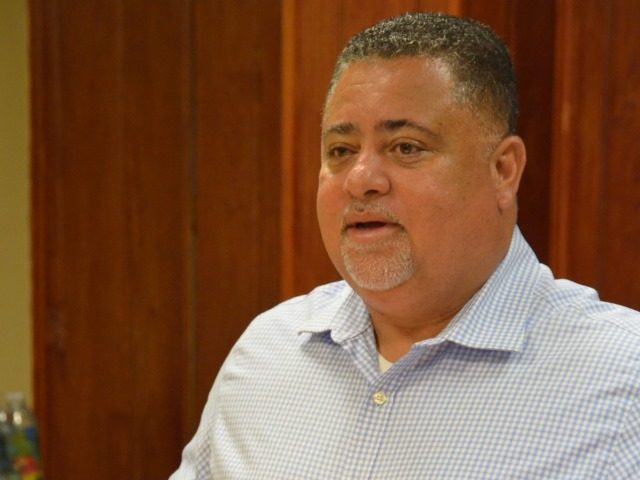 ~ Govt. will not be irresponsible in talks with Dutch ~

PHILIPSBURG, Sint Maarten — Leader of the United St. Maarten (US) party MP Frans Richardson believes the St. Maarten Hospitality and Trade Association (SHTA) should guard its tone and refrain from levying insults towards Parliament and the government of St. Maarten. Richardson’s US party holds the political responsibility for the Ministry of Tourism and Economic Affairs and that of Justice.

He said St. Maarten has been through a disaster of epic proportions, the aftermath of which have seen the usual, proud resilience from its people. He said the SHTA remains “hell bent” on painting a picture of government being comprised of people “who just wake up every morning, not caring about anyone at all.”

Richardson said he cannot fathom how the SHTA, who does not speak for the people of St. Maarten, can call Parliament “unconcerned”. “That organization knows better. Every member of Parliament, be it in public meetings or otherwise, have expressed themselves on the topic of the island’s recovery process and aid package. Every one of us. Where does the SHTA get off with accusing Parliament of being unconcerned,” Richardson asked.

“The SHTA has clearly crossed over into the political realm with its veiled attempts to belittle Parliament and this government. None of us know if any government could have performed any better under these circumstances. A historic disaster. But all of us know that we have come a very long way in a very short period and much of it is because of actions by this government,” he added.

MP Richardson stressed that government should not move forward irresponsibly in discussions with the Dutch when it comes to aid for St. Maarten.

“We are not only talking about aid, we are talking about constitutional implications and details that could negatively affect our people much sooner than is realized. All of us understand what is happening and the needs of our people. But are we supposed to announce every time we make a phone call to negotiate with the Dutch because the SHTA says so?

“I want our people to know that government is doing what it must in a responsible manner and in expeditious fashion. Do not buy into what organizations like the SHTA with its agenda is trying to sell you,” he said.

The MP also said that SHTA is “making it look like their members are waiting on money” from whatever aid package is finally agreed upon to repair their properties. “I hope the members of the SHTA had their properties insured because if they are expecting aid to go towards them, I would suggest they call Minister Plasterk themselves and ask for that,” Richardson said, adding that SHTA should tell the people of St. Maarten how many more of their family members will be laid off from properties they represent.

“Where is the SHTA when people are being laid off from their member properties? Where is the outcry from them in such cases? The Ministry of TEATT and the Minister of Tourism, is out here doing what they can to maintain St. Maarten as a viable destination, put some heads back in beds, which eventually also benefit the properties SHTA says they represent. The Minister of Tourism has even gone out of her way to ensure that the SHTA is involved. And that organization can do nothing else but preach doom and throw insults. Well at least now we know,” Richardson concluded.