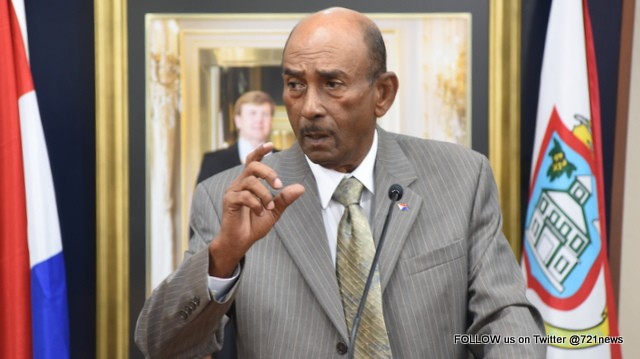 PHILIPSBURG – Despite the global financial crisis and economic challenges currently facing St. Maarten, Minister of Finance Richard Gibson is confident the country will “hold its own” and ride out the storm.

“The first quarter have been quite alarming in terms of the revenues that we had generated, but the numbers in subsequent months – April and May have shown a considerable improvement in the revenues, which were more than the revenues generated in the previous year,” he said.

“Like we always say, when the United States sneezes, we catch a cold. It will have an effect on us.  But the effect I predict is not going to be as disastrous as one would think. We’re holding our own as tourist numbers are concerned up to now. The revenues are up, at least for April and May compared to last year, so we have to wait and see how those numbers play out for the rest of the year. But I believe still, and I am convinced that we will be able to hold our own,” the Minister said.

Meanwhile, one of the areas that will be focused on during the discussions will be making the Tax Department more efficient. “I’m pleased to report that the CFT has an open mind and is positive in assisting in seeing how those investments can be obtained, and we are preparing the necessary information in terms of what we want to do short-term, and based on that we will be directing a request to the CFT to approve a loan so that we can start making some serious investments into the Tax Department,” Minister Gibson stated.