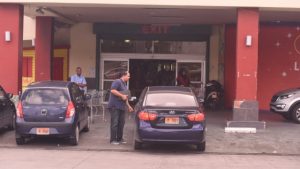 Cul de Sac, Sint Maarten — Grand Marche supermarket was burglarized on Christmas day. The thieves them make their way into the supermarket via the roof.

They also made their way into the electronic store Tech Hub that is located  inside the supermarket.

The forensic and detective was at the scene doing their investigation and a crowbar, screwdriver and other items were confiscated from the crime scene.

Below you can read the Police press release

The Detective Department is presently investigating a break-in at the Grand Marche on Bush road. The incident took place between late Christmas Eve and early Boxing Day Morning. According to the investigators the culprits gained access into the establishment via the roof. Once inside the establishment the alarm was disabled and an undisclosed amount of cash was taken along with a large quantity of alcohol and cellular telephones. The forensic Department was on the scene collecting evidence.

The police department is informing the entire community to take all necessary precautions to avoid becoming of victim of robbery or break in during the holiday season. 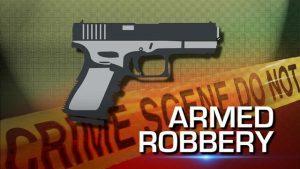 The Detective and Uniform Division of the Police Department are presently investigation several home break-ins, business break-ins and armed robberies which have recently taken place. Most of these criminal acts have been committed during the daytime during on weekends and normal working days.

The investigating officers have been working tirelessly to compile all information in these cases that could lead to arrest of the possible suspects. 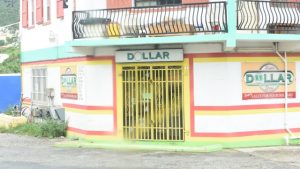 The latest armed robbery took place on Wednesday 23rd of December at approximately 01.45 p.m. at the Dollar Store on the L.B. Scott Road. Three men entered the establishment, one of them was in the possession of a gun. They threatened the owner with the gun to give cash, beside this they took two handbags from 2 female customers, that were inside the establishment.

After the robbery they escaped in the direction of L.B. Scot road/Cricket field/Cost-u-less. The suspects were nowhere to be found and have not yet been arrested in this case. 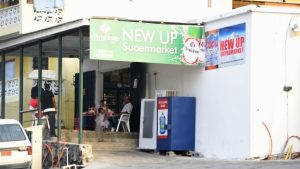 The day before, on Tuesday 22nd of December, another armed robbery took place at approximately 07.55 p.m. at the New Up Supermarket on the Ground Dove Road, Pointe Blanche. One men in a black shirt entered the establishment and threatened the female in the Supermarket with a gun and demands all cash money from the store attendant.  After he committed the crime, he took off, no arrest were made. Police detectives are still busy investigating this case.

The Police Department is asking  anyone in the community who may have any information regarding these robberies that could lead in the arrest of the suspects involved to contact the police department. The phone numbers to call are #9300 (tip line) or 54-22222 ext. 204, 205, 216.

On Thursday December 24th at approximately 11.50 a.m. police were directed to Bobby’s Marina, where a female tourist who was visiting the island would be brought in from a diving trip and was not showing ant signs of life.

On the scene the patrol learnt, that the victim was on a diving trip with Octopus Diving and had shown no difficulties during the dive, but while swimming towards the diving boat after the dive suddenly stop moving. She was immediately brought ashore and checked out by Dr. Mercuur.

The doctor stated that the death of the victim was possibly due to a heart attack. The female victim, with initials S.L.B. (60), from the United States was staying at the West Inn Hotel. There was no sign of foul play.