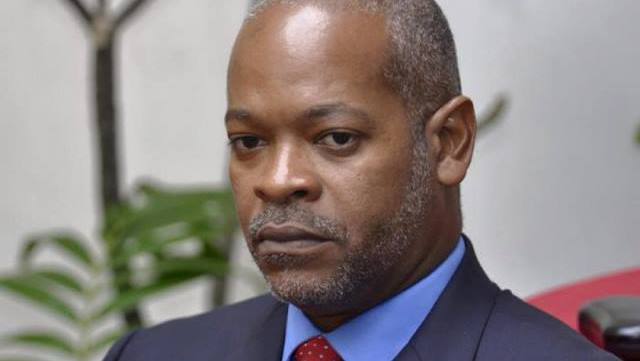 PHILIPSBURG, Sint Maarten —New information brought to light on the present coalition government’s proposed design of the new medical centre has raised safety, regulatory and liability issues and in particular increases possible negative outcomes for emergency patients which Member of Parliament Dr Cornelius De Weever says must be brought to the public. He said In addition to the normal provisioning for patient handling and care considerations should be paramount to the hospital’s design.

With the dialysis center already been excluded from the design, this increases concerns as to whether the coalition government sought to cut corners in its bid to produce a hospital ahead of election to sway voter confidence their way. An allegation that does not go without consideration in light of MP De Weevers latest concerns.

In fact it appears the INSO plan is completely smaller in square footage but the question is how much smaller considering that the idea was to expand to accommodate regional business as well. And with the considerable business expected from the region, it begs to question why the coalition government would not want to ensure things are done properly, especially where the helipad is concerned.

It seems that the design is proposing the construction of a helipad for emergency airlifts on ground level despite the operational and safety risks, solely for the purpose of saving “a few dollars.” Dr De Weever says this puts patients at risk. This design is reportedly being proposed by INSO despite international hospital safety procedures suggesting that depending on the urban environment, construction of a helipad on the rooftop is the better option for safer operations.

De Weever who is contesting the September 26th Parliamentary election as the number five candidate on the United People’s Party slate says when the landing area is on the ground it cannot be too close to the hospital or any building structure which results in long walking distances or sometimes distances requiring additional ambulance transport to get the patient to the emergency room which can negatively affect patient outcomes.

Studies show that an obstacle free area for a helipad can vary in size from 64 feet by 64 feet for a small two seater helicopter up to 109 by 109 feet for a medium twin engine helicopter and larger. This increases the distance to any emergency ward and puts the recovery potential for emergency patients on the lower side of the success scale.

De Weever explained that the need for a helipad is critical for the hospital to provide increased care in emergency situations where time is critical. He said the idea is not to have a political feud regarding the issue but to address a serious operational and safety concern that could be mishandled solely for the purpose of government saying it was able to reduce cost.

He said international studies shows the pros and cons of ground based helipads versus rooftop helipads and clearly states that while the pros for ground based helipads are low cost, simplicity, and fuelling, the rooftop designs while a higher cost, provide security, privacy, safety, ease of operation and removes the possibility of obstruction from debris during landing and take-off

De Weever said the first plan proposed by the UP Party after their 2010 announcement of a hospital construction, also had a similar suggestion which he simply couldn’t agree to. He said, “I rejected it because it was better to have the helipad on the roof with an elevator that would go down into the emergency room and or surgical theatre. While De Weever said that concept would cost more, he explained that where it concerns the health and safety of the people of St. Maarten more emphasis should be put on protecting them and providing them the best possible care.

De Weever said another concern with the design was that a trauma patient that is flown in will be unnecessarily exposed to potential risk situations like rain and other elements. De Weever is also concerned that knowing the St. Maarten Medical Centre is in a flood prone area, the INSO plan seems to ignore this and has only one entrance while the other plans included an alternative entrance in case of flooding or hurricane. One exit and entrance also means in case of heavy flooding landing and take-off becomes impossible which defeats the purpose of the emergency landing and take-off facility for a hospital handling emergency cases.

During such a period of heavy rain and wind the probability of debris in the area of a helipad when it is on ground level is significantly increased. He said these changes are purely financially based and noted it was the taxpayers that were being given less than they deserve. It is with this in mind that De Weever has called for the government to be true to its claim of being transparent and give details so that the population can be brought up to speed on what they are really getting for their money.