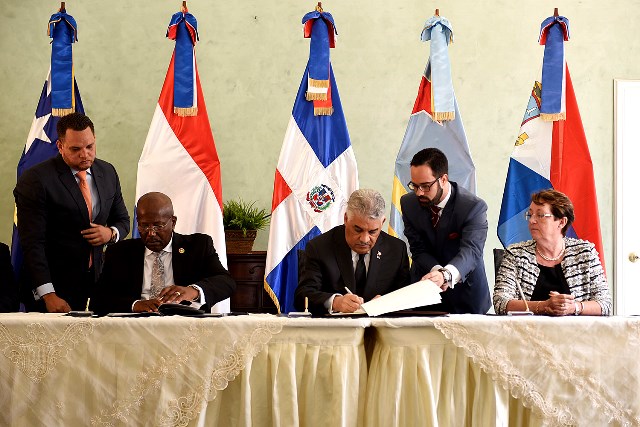 DOMINICAN REPUBLIC – After nearly three years of discussions between the Dominican Republic and the Kingdom of the Netherlands, the long awaited Memorandum of Understanding (MOU) between the two states was signed Monday, August 29, by Prime Minister William Marlin on behalf of St. Maarten and Minister of Foreign Affairs Miguel Vargas on behalf of the Dominican Republic.

Marlin, in his address, saluted President Danilo Medina whose initiative it was in 2014 to initiate this MOU. The MOU on cooperation covers a number of areas including commerce, innovation, education and health, regional security, tourism, and transshipment.

The MOU also makes provisions for technical and political consultations, the idea of which is to ensure that momentum is kept during the work that will be ongoing in developing the necessary protocols that will give content to the MOU.

Signing on behalf of Curaçao was Minister for Economic Development Eugene Rhuggenaat and Dutch Ambassador to the Dominican Republic Marijke van Druinen-Littel on behalf of the Netherlands and Aruba. 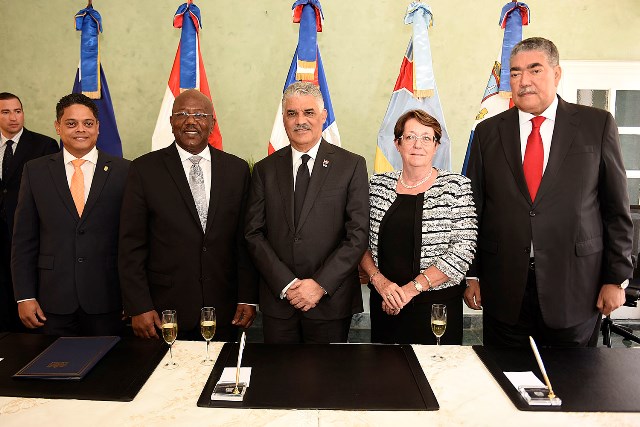 Prime Minister Marlin was accompanied by Senior Policy Advisor at the Department of Foreign Relations Patrice Gumbs Jr. Gumbs noted that the relationship with the Dominican Republic and the Kingdom is multifaceted. Alongside the strong and well documented economic links with both the European and Caribbean parts of the Kingdom, including the 1856 Treaty on Friendship, Trade, and Navigation, there is an even stronger cultural link, rooted in two centuries of continuous and documented migration between the two states and particularly the islands.

“The MOU therefore has brought us here today together united by a strong filial and cultural bond and a willingness to find mutually beneficial ways to continue to build strong, resilient partnerships,” Gumbs said.

In spirit of this, Prime Minister held discussions with representatives from companies and institutions in the Dominican Republic including the Dutch Chamber and of Commerce, Tropical Shipping, and Pawa. 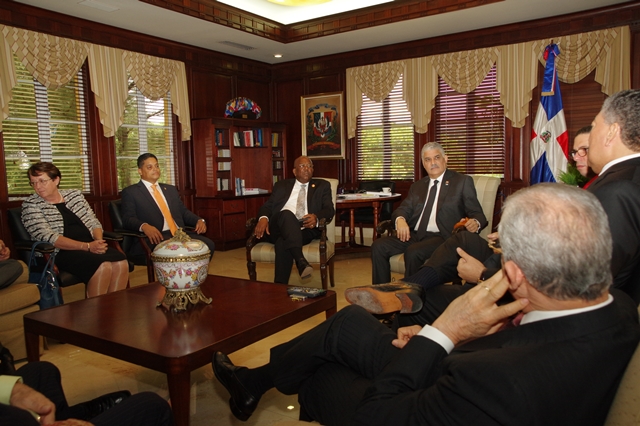 During this meeting, the Prime Minister discussed the need for more direct sourcing of products, particularly food products, from the Dominican Republic as a way of reducing costs and having these savings transferred to the local consumer in St. Maarten. Also in his discussions the potential of St. Maarten as a transshipment and transportation hub for the sub-region was outlined with these companies, in the spirit of the provisions made for such dialogue in the MOU.

The Prime Minister, in his speech following the signing ceremony, stated that this agreement represents more than “what is written, transcends political desire, and ultimately moves us towards our common goal, the unification of the Greater Caribbean.”

In closing, Marlin said that he hoped that this agreement would stand as a testament to the strong commitment of both the Kingdom of the Netherlands and the Dominican Republic to advance and underscore the enduring friendship for the benefit of both states and their people.