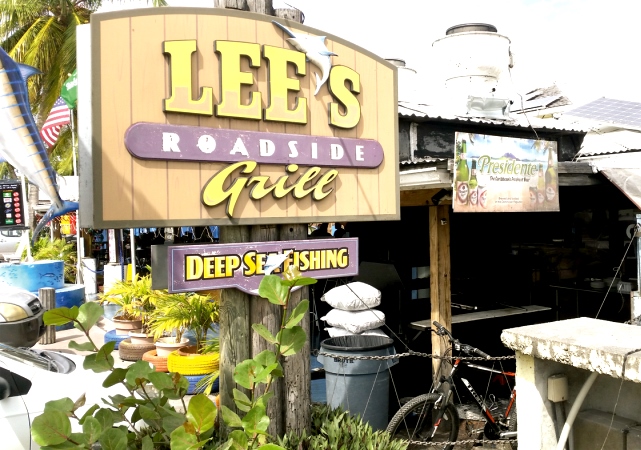 GREAT BAY – Lee’s Roadside Grill in Simpson Bay is not going anywhere for the time being. Lee Halley has appealed a court verdict that orders him to vacate the premises by March 31 of next year to protect his business and the livelihood of his family and that of his thirty employees. In the meantime, the clock is ticking, because the court has declared that its verdict is executable without delay.

The dispute between the Water’s Edge Development Corporation and Halley has been raging for several years, but on October 18, the Court in First Instance ruled that Water’s Edge was within its rights when it terminated the lease agreement with Halley. The corporation has already permits to develop commercial buildings and a marina at the location of the restaurant.

Water’s Edge demanded that Halley vacate the property by May 31 of this year, but the court ruling gave Halley at least another high season. The vacation date is now set for March 31 of next year.

Water’s Edge obtained the right of long lease to the land in 1986. Halley started using the land without permission from Water’s Edge in 1997 when he opened his restaurant. Later parties signed a lease agreement whereby Halley pays $280 per month.

On May 16, 2012 things changed after the government granted the adjacent water rights to Water’s Edge. According to the decree, these water rights are considered to be an expansion of the land-based parcel. The corporation wants to develop commercial buildings and a marina at the location but to be able to do this Lee’s Roadside Grill would have to go.

In a letter dated May 17, 2014, Water’s Edge announced its plans to Halley and asked him to agree with the termination of their lease agreement per May 31, 2016. The rent committee gave the termination the nod of approval, but the court later ruled that it was not authorized to do this because the dispute is about land that is not designated for habitation.

Halley argued in court that the government made mistakes with the granting of the long lease t to Water’s Wedge; for years the corporation did nothing with the land and illegally rented it out to three different businesses. In doing so, the corporation violated the conditions of the lease agreement, Halley said, concluding that its long lease rights expired thirty years ago. Halley subsequently requested the right to long lease, but he never got it.

But according to Water’s Edge, long lease cannot expire; it can only be terminated by the owner, in this case country St. Maarten (and the island territory before it).

The court ruled that Water’s Edge was within its right to terminate the lease agreement with Halley. The law prescribed a minimum notice of one month and the corporation gave Halley twenty months more.

In 2012, Halley noted, Water’s Edge promised during a lawsuit in summary proceedings, that it would respect the lease agreement. According to the court, this does not stand in the way of the decision to terminate the agreement – under the condition that notice is given with a reasonable term.

The court rejected Halley’s demand for compensation (to the tune of $5.3 million) in case he has to vacate the land and tear down his restaurant. There is no legal basis for it, the court ruled.

Unless an appeal returns a different result, Lee’s Roadside Grill will disappear from the local landscape per March 31 of next year.

Yesterday, it was business as usual: Lee had gone fishing and the staff was making preparations to create a Christmas atmosphere.