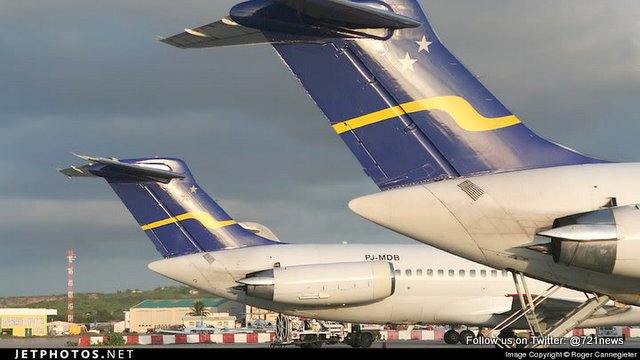 WILLEMSTAD, Curaçao – Due to changing market conditions InselAir is forced to make some organizational and operational changes in order to adapt to the new market parameters.

These changes are necessary to remain a healthy organization and to fulfil its pivotal role as important contributor to: the economy of Curaçao in general; bringing hundreds of thousands of tourist yearly to the ABC islands; as provider of hundreds of direct and thousands of indirect jobs, and as main carrier between the islands within the Kingdom of the Netherlands.

With the initiatives, which are elaborated below, InselAir has faith and confidence in the future of its organization and its ability to remain one of the largest employers on Curaçao.

In recent months InselAir has successfully compensated, to a large extent, the decrease of the Venezuelan part of its operations (from 35% to 4%) by adding new routes and destinations to its network, such as Port-of-Spain, Barranquilla, Georgetown, Manaus, Havana, San Juan and Quito.

In addition, InselAir has increased flights to and from Paramaribo, Port-au-Prince and Santo Domingo. “It turns out to be very challenging to compensate this loss completely and we realize that we will need to accept this and restructure our organization around this ‘new reality,’” said CEO of InselAir Albert Kluijver.

“For the part of our operations that we were unable to compensate we will have to reduce our costs. For that reason we have been carefully looking into all aspects of our business including financial, operational, commercial, general affairs and maintenance in order to realize the costs reduction required to compensate for particular that part. Another important initiative is to scale down our flight operations based on the new expected traffic from our revised route network,” Kluijver stated.

What does this mean?

Reducing the operational activities means that InselAir will also need to reduce its costs and the number of employees that was needed in the previous operational situation. Essentially, a smaller operation will be managed by a smaller group of employees. “Therefore, InselAir will be re-organizing our workforce by (1) combining positions, (2) eliminating departments and/or (3) re-allocating employees. Employees that are not able to be guaranteed a position within the new company structured will unfortunately be laid-off. This group will be granted full support to find a new position at another organization,” Kluijver stated.

Although very regretfully, the abovementioned steps are critical to ensure InselAir’s position in the Pan-American skies and to create a stable, financially healthy and solid organization for all its stakeholders, “including our dedicated employees that remain at the organization, which is ready for the future.”

Due to recent implemented actions and measures InselAir is already seeing an improvement of the on-time performance from 60% to 72% and strives to get it back to 85% within the foreseeable future. With regard to the traffic from South America to the Caribbean, InselAir will remain the 3rd largest carrier in the region, serving 22 destinations and 140 routes with a current fleet of 14 aircraft.

Also, from 2017 onwards, InselAir will also be renewing its fleet of MD and Fokker type of aircraft.7