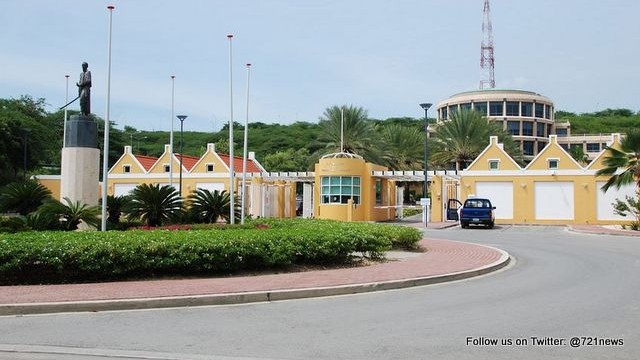 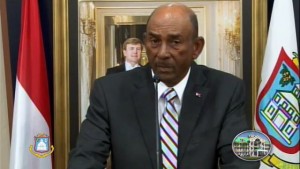 PHILIPSBURG – Minister of Finance Richard Gibson announced that instructions have been given for integrity investigations to be launched into the president and directors of the Central Bank of Curaçao and St. Maarten.

“I have issued instruction to the secret service of St. Maarten to conduct an integrity investigation relating to the president and the directors of the Central Bank, and I have also directed a letter to my colleague in Curaçao, Minister of Finance, requesting him to also instruct the VDSM in Curaçao to conduct a similar investigation, all with the goal in mind to once and for all eliminate all rumors and innuendos regarding the top of the Central Bank,” the Finance Minister said at the Council of Ministers press briefing Wednesday, June 29.

Last week, Minister Gibson, in a press statement condemned the release of confidential information that put in disrepute the reputation and integrity of President Emsley Tromp and directors of the Central Bank. According to Minister Gibson, as far as he is aware, the information about Tromp was not true. 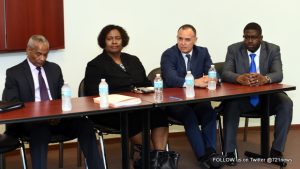 In addition to the investigations, which still have to be consented to by Tromp, who the Minister said will be approached on the matter, the issue of vetting and screening of candidates for Central Bank jobs on both St. Maarten and Curaçao will be a focal point.

“The law requires that people who occupy sensitive positions of confidentiality that they are all subject to screening. So besides as a general step to dispel rumors and innuendos, this is a matter of normal course of action to be able to screen people in these positions and for that reason I have issued these instructions to our secret service, and I have requested the Minister of Finance to do the same,”

Responding to a question from journalists on Wednesday, at the Council of Ministers press briefing, Gibson said senior management officials at the Central Bank in Curaçao were not screened. This despite the fact that those hired at the St. Maarten branch have been screened.

“I can only tell you that I know and I know they have not been (screened) and I think it’s high time that they are, so I have issued the instructions,” Gibson said.