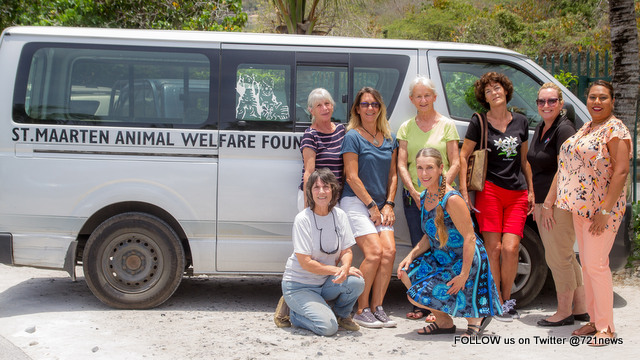 POINTE BLANCHE–Owners of cats and dogs who need to get their pets spayed or neutered can obtain one of 30 free operation certificates from Animal Welfare Foundation (AWF) thanks to a recent donation from Island Gems Charity Foundation.

The donation of more than US $2,000 was specifically given for AWF’s continuing campaign to limit the number of abandoned, stray and unwanted dogs and cats on the island. The well-being of animals and the overall look of the country for residents and visitors are of paramount importance to Island Gems.

Gem President Alita Singh said, “Most Island Gems have a pet and have strong feelings about the care and well-being of animals. Animal Welfare’s spay and neuter campaign has the support of Island Gems. This campaign has a good long-term impact on our community.”

AWF President Su Wathey and her board welcomed the support of Island Gems. The certificate the donation will ensure there are fewer litters of kittens and puppies in the coming months and years – a main goal of AWF.

The campaign is opened to Dutch-side residents and are valid for male and female dogs and cats. The only caveat is certificate recipients must have their own transportation to take and collect their pets from the vet clinic. For more information about obtaining a certificate, call AWF on 520-8887.

Island Gems is the oldest charity on the island. The all-women group supports social-oriented projects on both sides of the island. Funds are raised at an annual costume gala. Support is only given to registered foundations and associations with long-term community impact. No money is given; Island Gems pays for equipment or services for approved projects.

To learn more about Island Gems, contact any Island Gems member or via “Island Gems Charity Foundation” on Facebook.com