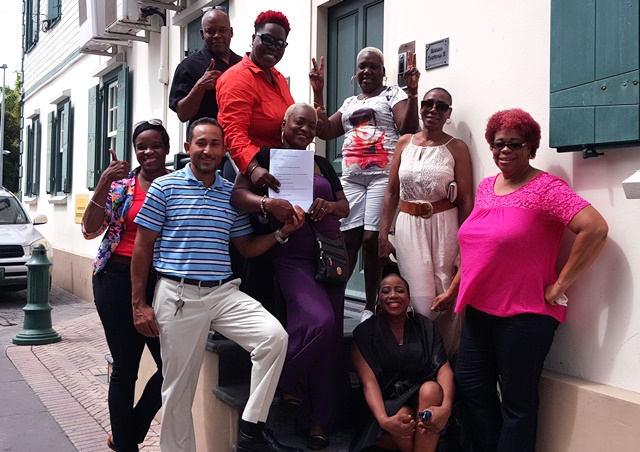 Philipsburg, Sint Maarten — On thursday Sept 29, 2016, the Court in First Instance rendered its judgment in the case filed by the employees of Resort of the World N.V. (Maho).

Zylena Bary who is the lawyer for the employees filed an injunction case, followed by another case to seek a court declaration that the procedure under which Maho, the new companies CMM and MHO, the WICSU/PSU and the Government (via the labor mediator Mr. R. Boasman) all collaborated to pressure the employees into signing a transfer of their employment to a company with no assets, questionable legal status all while they were also forced to sign waivers that they could not seek any compensation or hold Maho liable if their new agreements encountered issues. said zylena Bary who is the lawyer for the employees

A previous press release was already given to 721news after the win in the injunction case. This press release covers the decision of the Judge in the second case filed by my clients.

Initially 20 employees challenged the way in which Maho tried to force the transfer of their labor agreements to CMM or MHO. Some could not withstand the pressures issued in the person of Mr. Saro Spadaro and/or the other management of Maho and/or the union WICSU/PSU and signed the new agreements. After the injunction case, my clients and I took note of a completely bogus article in The Daily Herald from WICSU/PSU via the president Julia Solognier (who was not elected to that postion via the statutes of the union and as such is still viewed, in clients eyes, as illegally occupying the position of ‘president’).

Maho/Mr. Spadaro also wrongfully mentioned in an article in The Daily Herald that my clients were fired. They were in fact never fired, but this too was a tactic to place my clients in a state of panic and give in to the wishes of Mr. Spadaro. It just goes to show that sadly, responsible journalism on Sint Maarten seems to be a thing of the past as I was never contacted about any of these articles whereas my involvement in the case was well known to said newspaper.

In the meantime, Maho has requested permission to terminate my clients’ labor agreement and has sent them home until a decision is taken by the Labor Office. It is the question, what role Mr. Boasman will play in this pending request as he has a huge conflict of interest in this case and is associated with the Labor Office.

Of the nine (9) clients who remained steadfast in their pursuit of justice, today’s decision vindicated their resolve.

After explaining in 16 pages, the Judge decided as follows:

The WICSU/PSU without the necessary authority acted and involved themselves by representing my clients in the negotiations concerning the [signing of the] Transfer Agreement.

The Judge spared the Government via the involvement of the labor mediator Mr. Raphael Boasman but my clients feel an important message was sent to him and the (then) Minister of Labor Mr. Emil Lee [who retroactively made a ‘besluit’ to cover the timeframe Mr. Boasman was acting without an official status/titel in the ‘negations’ in this matter]. That message is, refrain from involving yourselves in matters without sufficient background information and beware of those employees and their lawyers who will not give in to pressure or scare tactics.

My clients await the further developments by the Labor Office where the request to terminate their labor agreements are still pending but are extremely satisfied with the outcome of today’s judgment.