Home 721news LETTER TO THE EDITOR: Do Not Play With Democracy Mr. Prime Minister 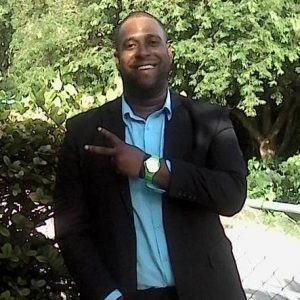 The month of December has begun, the year is quickly coming to a close and as I get ready to celebrate the festive season and a new year I believe and pray will be a better year for St. Maarten. I pray for an elections that will bring a stable and hard working government, less violence on our island and throughout the world, and a better financial year for all.

Over the past month I have made my position clear concerning snap elections on the 9th of February 2016. I believe once the wheels of democracy (elections) begin to turn, it should not be removed by any government or individual. Any attempts of tampering with our right to vote, is a violation of our democratic rights. Now unfortunately that is exactly what our Honorable Prime Minister is doing, when he sends a decree, backed by the Coalition of Eight to the Governor’s desk. There is no excuse in the book, to call for an indefinite postponement of an elections authorized by the Governor and posted in the National Gazette. If there is any article in our constitution allowing such actions to be taken to do away with the most important part of our island’s democracy, then we have a much bigger problem in our flawed Constitution than I thought since 2010. We have a democracy flaw in our Constitution.

I have been called a ship jumper, a traitor, even a thief. I don’t know if the individual who accuse me for stealing the core symbol of the Democratic Party knows the difference between a lighthouse, and a flaming torch. One thing is clear, you can lift and move forward with one and the other remains stagnant. There is a difference between the torch I selected to represent my vision for St. Maarten’s future and a lighthouse, abandoned by the sixty-six year old party two years ago. The symbol signifies the passing of the torch to a younger, brighter, more intelligent generation on St. Maarten. However political leaders, hellbent on clinging to power no matter what will not even teach the future generation how to hold and lift that torch properly, less yet run with it.

We should always invest in our future and I can say the United People’s party has shown these actions, and not just when election are just the corner. Like that plastic Christmas tree that is taken out, set up and decorated, give it all the attention needed and once the season is over, it’s dismantled placed back into boxes and into the closet until Christmas rolls around again. UP has shown a different side of politics when it comes to getting their youth involve, they have been active year round and for that I applaud the party. Let’s hope other political parties, old and new alike, will take note and follow in being active, getting youth involve and not wait until election is around the corner.

Late last week an NA supporter questioned how just one year I proudly waved the “red” flag and today I publicly support the United People’s Party while tossing some jabs at the Democratic Party. That NA supporter simply does not understand the logic of this young, vibrant, enthusiastic and aspiring politician who waved red flags last year and green flags this year and will continue doing so for a very long time.

Allow me to switch to the third person.  The known Armand Meda has always been enthusiastic of the party that he supported for more than twenty years. That was the Democratic Party of St. Maarten, and yes, in 2010 he waved those flags in support of the party almost as hard as the candidates of that year. He also believes that he was one of the most enthusiastic supporters of the same party throughout the 2014 elections. He waved those flags hard and proud and was not ashamed of it. With no regret he pointed out the clear flaws from that same party. If you had taken the time and listened to him in 2010 and 2014, you would have known that the same criticism that he has for the Democratic Party today, was addressed on several occasions then. Maybe you were too busy following the white line.

How can I ridicule a party I support? It’s simple. We live in a democratic society, and I believe that if anyone supports a certain political party, then he has every right to point out not just the strong points, but also the weak. For that reason I do not have a sense of guilt, but I can sleep well at night, even after constructively criticizing the party that had my support for so many years.

In closing I highly commend the new political parties that came together to stand united for St. Maarten’s Constitutional right.

The wheels have started to roll and it should not be removed because a handful of Members of Parliament and Ministers think there is enough reason to annul the decree that calls for the dissolution of government and new elections. The Honorable Prime Minister accepted the Governor’s instruction upon taking office to work towards new elections and electoral reform. However, he abandoned those instructions, clearly indicating that he accepted them with false intent. His actions display a lack of respect for authority. It is not your right Mr. PM to take (or postpone) our opportunity to go to the polls away from us simply because you want to execute your own agenda. I do not care about your being scared of elections or not being scared. Believe it or not Mr. Prime Minister that is not important. What is important is the people of St. Maarten having the opportunity to exercise their constitutional and democratic right to go out and vote on 9th February 2016. If you don’t agree with that, or if you simply don’t like it, then refrain from postulating yourself in order to contest the elections. By all means boycott it, but don’t mess it up for all of us, like you messed up your opportunity to fix St. Maarten’s political crisis in 2012/2013.

Source: 721 news LETTER TO THE EDITOR: Do Not Play With Democracy Mr. Prime Minister