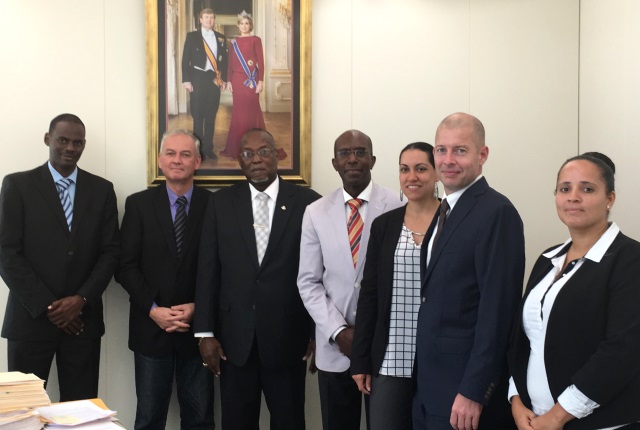 PHILIPSBURG, Sint maarten — Minister of Justice Rafael Boasman says part of his approach to address the crime situation on St. Maarten is to use “every bit of expertise” we have on the island, not ignoring recommendations that could make a difference.
The Minister met with the Council On Law Enforcement last week and was informed that a report from the Minister on how government plans on handling the various recommendation the council outlines in its reports, hasn’t been presented to Parliament since 2014.
The Minister said many of the topics addressed in the reports of the council, such as the prison situation, “are extremely important to us. In fact, the motion that was passed in Parliament giving me 60 days to come up with a report on how the crime situation will be tackled, ties directly into the reports from the Council On Law Enforcement,” Minister Boasman said.
Boasman said the council wanted to establish the responsibility the Minister has in dealing with its reports and offer its cooperation.  The council also presented the Minister with hard copies of its reports. “We have a lot of expertise in house and if nothing happens with recommendations, then it’s a waste of opportunity.
“We have already started looking at the reports and I assured the council I will stay in contact and, where possible, if they can offer advice it would be welcomed. We will be discussing the reports with the necessary department heads as well,” the Minister said.