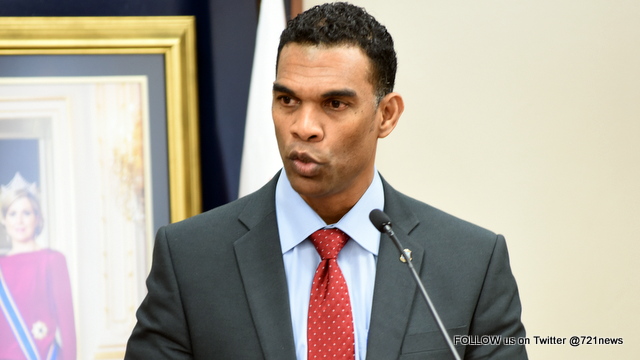 Just last week, the government lost a court battle with the owners of Ocean Explorers dive operators in Simpson Bay, after the court ruled that the business was within its right to operate on its location on the Kim Sha Beach. VROMI is currently building a parking lot there but the business sign is in the path of the parking lot. VROMI workers allegedly tore down the sign.  The minister, speaking at the Council of Ministers press briefing on Wednesday said that when business licenses are issued, the recipient could care less that there is miscommunication between VROMI and Economic Affairs. “At the end of the day, the person who receives a business license receives it from government. To them it does not matter…they are under the assumption that everything is in order,” Minister Meyers said.

On the issue at the Kim Sha Beach, the minister said they are working with the Ministry of TEATT in addressing the objection from the business owners regarding the construction of the parking lot. “This is something that is being done in conjunction with the Ministry of TEATT. Ministry of TEATT are the ones that issue the business licenses. The business in question submitted an injunction and basically the ruling of the court is that government, please address the issue and once the issues have been addressed, if there is any litigation that will be dealt with further,” the minister said, adding that the work on the parking lot will proceed. The ministries are also working to provide an official response to the objection.