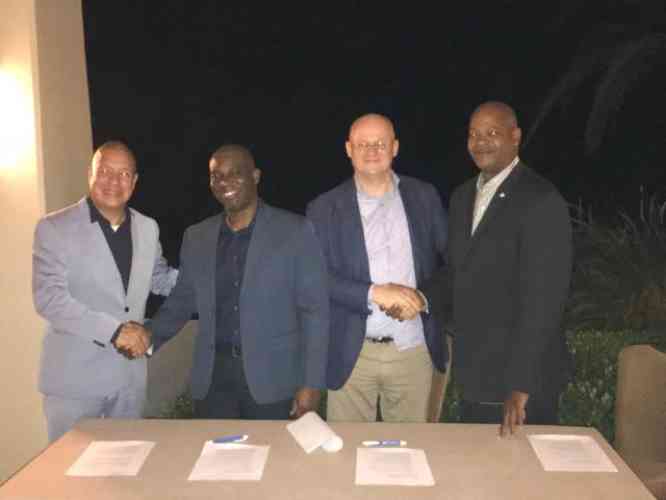 WILLEMSTAD / PHILIPSBURG — Immediately after having been sworn in as Minister of Justice on Monday January 15th, 2018 the Honorable Minister Cornelius de Weever traveled to Curacao to participate in the biannual meeting of the four Ministers of Justice of the countries within the Kingdom of the Netherlands.

During the formal Ministers’ meeting which took place on Tuesday January 16th agreements where made regarding cooperation and joint programs towards: further strengthening the Justice-chain, the prevention of High Impact Crimes, improving exchange of data, the implementation of ICT systems and combating Human Smuggling and Trafficking.

In addition, the Honorable Minister of Justice of Sint Maarten and his esteemed colleagues of Curacao Minister Girigorie, Aruba Minister Bikker and the Netherlands Minister Grapperhaus agreed to explore the possibilities of modernizing and improving the Prison System.

Particular emphasis was furthermore placed on the importance of the implementation and continuous carrying out of crime prevention programs specifically aimed at the youth as well as improving legislative capacity on the islands.

In his closing remarks Minister de Weever expressed his gratitude and extreme appreciation for all the assistance and support the kingdom partners have given Sint Maarten during the aftermath of hurricane Irma.

“I would like to thank the St. Maarten delegation for their positive contributions towards the meetings,” said Minister Cornelius De Weever.