Home 721news Minister Emmanuel: No personal vendetta, but something is definitely wrong 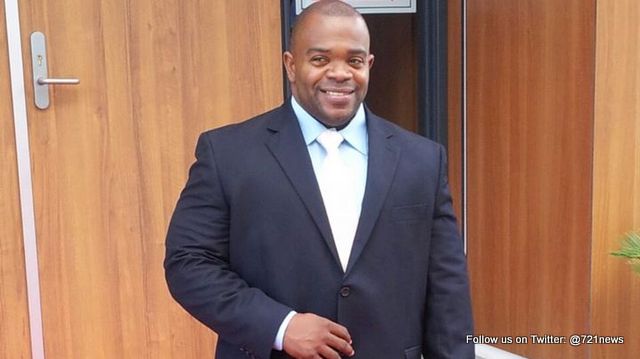 PHILIPSBURG – Minister of VROMI Christophe Emmanuel, in Wednesday’s, May 17, Council of Ministers Press Briefing, in response to a query, gave an update on the issues within the St. Maarten Housing Development Foundation, that his Ministry is dealing with.

“Yes, I’m very much well aware of the situation that the tenant is facing. It’s a home that she deposited on and paid money for and it’s unfortunate that that’s a situation, but she’s not the only one. Since that story broke, and came out on the website, we have had at least two other individuals that came to the Ministry or to the Cabinet with similar complaints. Same thing about their homes with the cracks, and the undermining of the foundation, and just poor construction,” Minister Emmanuel informed.

“There’s something fundamentally wrong in the manner in which it’s being managed, and everyone thinks it’s sort of a personal vendetta. That’s not the case. Something is definitely wrong with the way this St. Maarten Housing Development Foundation is dealing and serving people,” Minister Emmanuel continued.

“That’s what I’m talking about…People are now building up their courage to come in, speak out as to the treatment that they have been facing at the hands of the Housing Foundation, and what is a recourse from the Housing Foundation? To blame it on the Minister not signing this, and signing that, and they not having monies to do the necessary repairs, but a couple of weeks ago they came up with a press release saying that they’re going to do repairs,” the Minister said.

“It’s a sad situation. The home is not livable based on the information that I’ve received from my technical guys. How could this be new homes? And it’s not one of them thus far, it’s four of them. All of them are poor(ly) constructed. There’s cracks running within the ring beam and alongside the main pillar columns. That’s to tell you that something is wrong with the foundation,” Minister Emmanuel emphasized.

He went on to say that there have been “numerous complaints, numerous letters and there’s no accountability. So there’s no one taking responsibility as to why this and how is this happening. So yes, I know about the situation and it is something that I’m still working on in terms of asking the board members to respectfully resign, and let us move forward with new members, and get the board up and running properly.”

Regarding issues related to GEBE, Minister Emmanuel said, “I’m up to date with the water tank situation, the solar panel and everything else that they’re talking about.”

As to the water tank situation in Cupecoy/Lowlands area, Minister clarified his stance on that, stating, “I reserve the right to answer those questions in Parliament. I know the media is going to be there also, but it’s not that I don’t want a water tank in Cupecoy. I believe we need to be forthcoming as to the reason why and truly why they’re asking for this water tank in Cupecoy.”