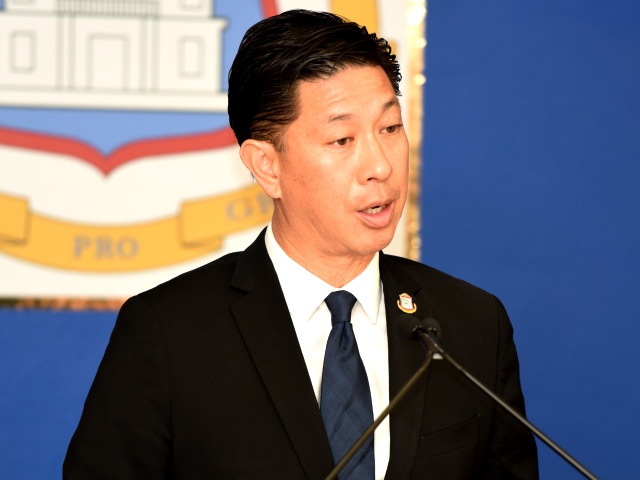 He praised the work of the CPS Department, and stated that after having meetings about environmental health last week, “We expect a report to be produced in terms of how the different ministries can cooperate and in particular what the role and function of the Ministry of VSA is in terms of making sure that our environment is a healthy environment.”

He also announced that next Monday, his Ministry and CPS will launch a “Mosquito Squad,” which is a pilot project. This is done in collaboration with the Ministry of Education. The project will start at the Sister Marie Laurence School and the idea is to focus on children in 4th grade, ages 9 to 10 years.

“So the idea is that we’re educating them about what we can do in terms of mosquito prevention and in particular around the schools. There was a study that was done where we found in and around the schools, there was actually quite a high incidence of potential breeding sites around the schools themselves, and so one way of addressing it is to educate the children,” Minister Lee explained.

“Actually the Ministry is working with them to produce Mosquito Squads. So small groups of children, and these groups within the school will change every two weeks and they’re going to be informed in terms of what to look for on the school sites, and also they’re looking at expanding it to probably around 100-metre radius around the school,” the Minister continued.

Students will be given safety vests, educational materials, activity books “and the idea is to educate them in terms of what to look for, what the impacts of mosquitoes breeding around the school could be, and how they communicate certain diseases like Zika or Chikungunya or Dengue.”

“And then they take that information and bring it home as well and impart that knowledge to their families. So we’re very happy with the launch of the program, very excited about it. It’s another one of our continuing efforts to make sure that we reduce mosquito breeding sites on St. Maarten,” Minister Lee said.