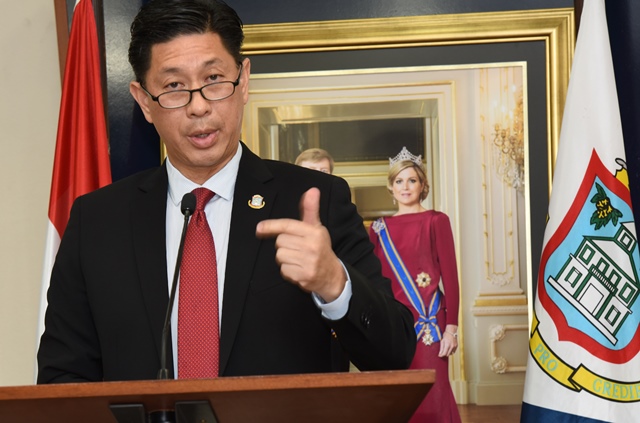 PHILIPSBURG, Sint Maarten — I am very surprised by the press release of the former Chairman of the Supervisory Board SZV Dr. Michel Petit.

I find it strange that during my time in office, Dr. Petit has not written one letter to me indicating that he was of the opinion that I was exerting undue and over-reaching influence on the board and chooses to do so with no prior discussion via the media.

Last week, during the farewell party for Dr. Petit at SZV he mentioned to everyone that he was leaving to pursue his true passion, medicine, and to be able to devote more time to his practice in Anguilla. He never made any comment or gave any indication similar to the sentiment reflected in his press release. The lack of prior discussion and timing of his release gives his actions a suspiciously political flavor.

Therefore, I invite Dr. Petit to provide evidence that I have in anyway exerted inappropriate influence over the Supervisory Board and implementing body, an allegation that I take extremely seriously. Exerting undue influence is contrary to all the principles of good governance to which I subscribe.

A number of letters have been sent to Dr. Petit identifying where the Supervisory Board, in my opinion, has been deficient in their tasks and responsibilities, however, those letters requesting that the Board of SZV improve their compliance as required by law could hardly constitute undue influence.

I will be reviewing Dr. Petit’s comments and/or accusations in more detail over the next days with legal advisors and will respond accordingly.