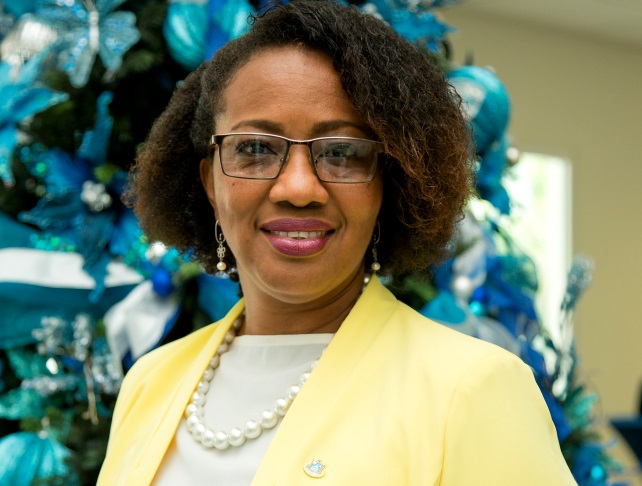 PHILIPSBURG – Minister of Education, Culture, Youth, and Sports Silveria Jacobs, in Wednesday’s, January 18, weekly Press Briefing, gave a brief update on the situation of Leonald Conner school after it was dispersed to other schools in November 2016, amid health concerns.

She said, “that not been resolved as yet. As such a meeting will be held this afternoon with the school’s management and staff to update them on the way forward. Once that meeting is completed, a press release will then be disseminated to the press, as well as to the general public, informing them as to where we are exactly in the process and how we foresee us moving forward.”

“The Ministry remains very clearly concerned about education in general, but also public health in the general area, and as such we are collaborating. In our discussions in the council of ministers I’ve received information from my colleague Ministers that this is also a priority for them, and that all levels of the ministry will be dealing with this issue,” she explained.

She also announced that the Division Education in Innovations (DEI) project management team, in collaboration with the Youth Department, would host the “I am King” program, which is a male empowerment program. A panel discussion will be held on January 28, at the Philipsburg Cultural Center from 7:00pm-9:00pm.

“It’s entitled ‘Man to man straight talk’ and no holds barred conversation. We believe that as a Ministry in our efforts to empower men, and to raise up our men in the society that this type of discussion is necessary and needed. And as such, two panels will be leading the discussion,” Jacobs continued.

“The two themes are: man 101, which will be looking at what it means to be a man and the second one, the role of the man, which will be focused on fatherhood and relationships. I believe this is a wonderful opportunity for men of all cross sections of our community to come together, have fruitful discussions with our youngsters and a panel of all the men as well,” she said.

The event is free, and the general public, especially men, are invited and encouraged to come out and participate in this very vital discussion.

Another project that has been initiated in 2016, is the IStep project, which is a project aimed at improving and bringing more ICT into the classrooms. Their Facebook page was launched after the Press Briefing broadcast.

In addition, the iStep team’s logo competition is still ongoing, and is open now for all primary and secondary students, who have shown an interest. Students have until the end of January to submit their competition logo. Winners will receive will receive an iPad and the school will receive an IT prize.

The Minister also extended condolences to the family of the late Jane Bucamper, who was a former teacher and principal at Sundial school and St. Dominic High, on behalf of the Ministry of Education.

Finally, she announced the early closing of the Ministry on Thursday, January 19, at 4:00pm. Regular hours resumed on Friday morning at the usual time.