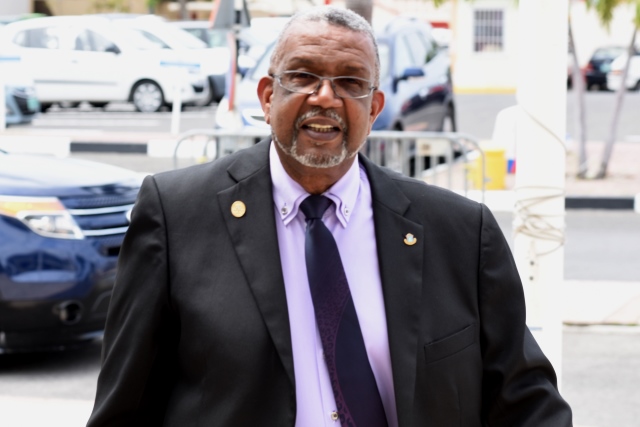 PHILIPSBURG, Sint Maarten — The Honorable Minister of Justice Edson Kirindongo expressed his concern in a press release about the unfortunate fatal shooting of an inmate at the Point Blanche Prison, which took place on Wednesday August 31st 2016 at approximately 09.00 a.m. and stated that;

The inmate was shot by a still an unknown assailant, while he was in his cell where he is housed with other prisoners, to sit his jail sentence. The victim who is identified by the initials O.J. was pronounced dead on the scene by the justice doctor as a result of the wounds he sustained.

Immediately after receiving the call of the shooting, the Emergency Dispatch sent several police patrols, paramedics, detectives and Forensic Department to the scene the initiate a criminal investigation. On the scene all necessary steps were taken by the prison guards on duty along with the assistance of the police officers to maintain the situation “status quo” in order for the Forensic Department to collect evidence and for the Detectives to interview potential witnesses.

The Public Prosecutor, Head of the Point Blanche Prison and Police Chief were all on the scene. The body of the victim was confiscated for further investigation and transported to the morgue.

The minister continued to state that the investigation is in its preliminary stage and many details remain unavailable at this time. Family members of the victim will be notified of the situation as the investigation progresses.  No one has been arrested as a suspect in this case and he has instructed the prosecutors office and the police department to conduct an in depth investigation and to do all necessary to bring those responsible for this criminal act to justice.

As more details become available the media will be informed.

Finally the minister expressed his regrets for this type of conduct within the system at the Point Blanche Prison and that during his short term as Minister of Justice he has been doing all possible to give the prison guards all the necessary tools to raise the level of security in the prison.