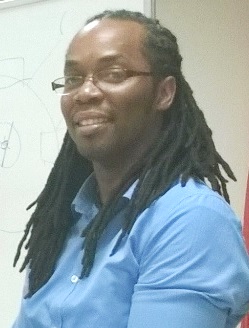 In Part 1, I ended with the concepts of financial and skilful wealth, and that financial wealth cannot occur without skilful wealth. I also ended with the proverb that says, “Fools have no desire to get wisdom so what good is money in their hands?” ~Proverbs 17:16 and “Money in the hands of the wise can be the answer to all things.” ~Ecclesiastes 10:19.

Some of the developments in the region are/were: Government of Antigua signed a $255 million deal with state-owned China Civil Engineering Construction Corp (a Chinese company) to renovate the island’s main port.That same company built the other structures in Antigua including a new airport terminal (some $75 million). The Government sought a loan from the Chinese Bank for the project. At the same time part of the deal was to allow for mostly Chinese workers to work on the construction of the port and airport. Talk about “keeping it in the family.”

In Nassau, a brand new $35 million stadium opened in the Bahamas, a gift from the Chinese Government. The island nation of Dominica received a grammar school, a renovated hospital and a sports stadium, also courtesy of the Chinese. The Prime Minister of Trinidad and Tobago can thank Chinese contractors for the craftsmanship in her official residence.

To understand part of what the Chinese are doing, you need to understand what took place with the trade surplus of China with America. It is reported that since 1995, China has been recording consistent trade surpluses, which from 2004 to 2009, had increased 10 times. China built up such trade surpluses with America because America went from a producing (skilful) nation to a nation that manufactures mostly Fiat U.S. dollars, which they have been able to sustain because OPEC agreed to price oil in dollars. China, for the most part, took up the production role that the U.S. gave up.

However, China understands that Fiat currency has no intrinsic value anymore. Under the Bretton Woods system, U.S. dollars were backed by gold, which were considered “as good as gold” because the United States had agreed to maintain their convertibility into gold at $35 per ounce. As long as people had faith in the dollar, there was little fear of running out of gold, because gold would not actually be used. But after abandoning the Bretton Woods system, dollars was left to “float” and thus its value is left up to the whims of speculators on the non-regulated currency market.

By engaging in using U.S. dollars to invest overseas in tangible assets, China is basically “washing” dollars by converting the currency into real tangible assets. And to safeguard their investment, they have their own people do a majority of the real estate development projects. They are also in turn building up a network and relationships for exports of their products and in some cases imports of raw materials (e.g. bauxite).

Now let us look at skilful wealth and financial wealth from a more layman’s perspective. Financial wealth, as described by Robert Kiyosaki, is based on how long your “nest egg” can carry you in years. So let us say without inflation or deflation that your standard of living requires US $5,000 per month to live comfortably. You have built up a “nest egg” of

US $12 million dollars. Let us assume for simplicity that this US $12 million is not incurring any interest or no part of it is invested. Your financial wealth measured in years will be 200. So with this example we can see that financial wealth is definitely a shelter. The problem though is most persons’ financial wealth does not consist of hard money, but a combination of stocks, bonds, real estate, etc., which values fluctuate up and down based on market conditions.

For simplicity, I will assume that this is not the case. What will happen if food prices suddenly soared due to a famine coupled with a sharp increase in the oil price? This would increase the cost of living twofold. If you want to maintain the same standard of living, US $5,000 won’t be sufficient. Let us say that in order to maintain the same standard of living, US $10,000 is now needed. Taking US $12 million and dividing it by the new required standard of living of US $10,000 per month would bring your wealth in years to 100. This is half of the 200 years wealth duration calculated earlier.

Let us take someone with the same required US $5,000 standard of living, but most of this US $12 million consists of tangible assets such as acres of farm land, acres of land with mahogany and cedar trees, investments in solar and geothermal energy, investments in major oil wells globally, investment in a major mining company, investments in properties with natural flowing water and waterfalls, investments in a number of apartment buildings on rent in various countries, investment in a significant stake in an electric vehicle manufacturing company, and educational investments in learning various craftsmanship, which allows for the ability to skilfully do 80% of all work necessary for constructing, maintenance, repairs, etc. One can clearly see here that calculating this individual’s wealth in years would be extremely difficult.

His wealth is for a major part not affected by the whims of a market, but more so from more tangible elements. If prices of food go up, for example, his farms provide easy access to food without having to pay for it. So maintaining a standard of living on US $5,000 can be maintained indefinitely. So the more you can do for yourself, the more natural resources you have access to or own, or the more you are in a position to have your investments or assets work for you, the better off you will always be.

Remember, one seed when planted and nurtured can produce a tree, which in turn can bear many fruits, which in turn can start the process over many times. The hardest part is getting the one seed to the stage of a fruit-bearing tree. But once it gets to that level, you can eat many times over without the same level of effort being exerted as planting and nurturing that first seed.

In closing, I leave you with the following proverb: “Out in the open wisdom calls aloud, she raises her voice in the public square; on top of the wall she cries out, at the city gate she makes her speech: ‘How long will you who are simple love your simple ways?  How long will mockers delight in mockery and fools hate knowledge?’” ~ Proverbs 1:20-22.

The next article will be about home ownership. You won’t want to miss this one so stay locked to 721News.