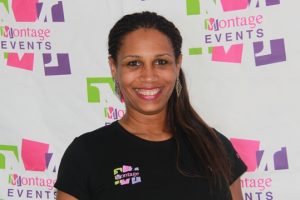 PHILIPSBURG, Sint Maarten — It’s shaping up to be another memorable Soca Rumble. Promoters Montage N.V. on Monday announced that registration for the annual Soca Rumble competition is now closed and registration numbers are “looking great”. It was disclosed that more than 25 singers has registered for the event which features Power Soca and Groovy Soca competitions as part of the 2016 Carnival celebrations.

“We are ready to rumble,” Grisha Marten-Heyliger of Montage N.V. said. “The team would like to thank to the 25+ registrations received, and are anxiously waiting for the groovy and power song submission by January 25, 2015. We are expecting brand new releases,” she added.
After the songs are submitted by January 25, a selection of finalists for the Power and Groovy competitions (10 songs/competitors in each segment) will be held. The show is slated to be held on Friday, April 15 in carnival Village.
There are some changes to the format of the event for next year.  Contestants are allowed to submit more than one song, in both categories. However, this does not guarantee that the participant will perform in both categories. There will only be 10 performances in each category, alongside the defending monarch kings. Additionally, for band renditions/submissions, the lead singer will have to sing the song with the backup band provided by Montage. There will be no band change over’s.
The eventual Power Monarch King and Groovy Monarch King each will receive a cash prize of US $10,000 while the First runner up , from each segment will receive a cash price of US $3,500. As was done for Carnival 2015, a full campaign with the local radio stations will be launched to promote the submitted music.