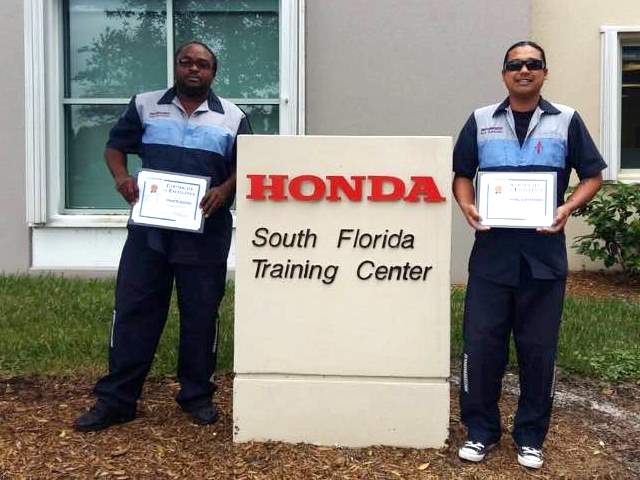 COLE BAY – Managing Director of the Motorworld Group Tariq Amjad expressed strong optimism that the company’s staff development initiatives are bearing fruit and believes that, in 2017, the performance of the various departments will exceed the productivity of last year.

“We already had a very good year in 2016 and in the preceding years, and the fact that we are expecting even more growth and expansion this year could only bode well for our plans in the next five years and beyond,” said Amjad.

With a number of staff members sent on overseas training programmes in recent months, Amjad said the company remains committed to ensuring that key personnel remain on the cutting edge of the latest trends in knowledge, information and technology, particularly with regard to their various areas of work.

Further illustrating the company’s proud stance on staff development initiatives, Amjad went on to give a number of recent examples of overseas training programmes which staff have been attending.

At Motorworld, in October 2016, Technicians Daniel Kartokromo and Francis Duzong attended sessions at the Honda Training Centre in Miami, South Florida where they were trained in brake systems, engines, electrical fundamentals, electrical diagnosis, pre-delivery inspections and general use of tools.

Also at Motorworld, in January 2017, Workshop Manager and Master Technician Ivmaral Carrilho participated in an intensive programme at the Hyundai Training Academy in Miami, Florida, focusing on the operations and diagnosis of multi-point injectors (MPI) and gasoline direct injection (GDI) engines, which are used by Hyundai in the Caribbean region.

This was quickly followed by Caribbean Auto Head Master Technician Jason St. Louis, who participated in a Ford Electrical Diagnosis and Repair Training Programme in San Juan, Puerto Rico in January, this year, where he was trained in areas such as electrical diagnosis and repair and the importance of fixing problems right the first time in a workshop.

Further, as part of part of Volkswagen training, Mechanics and Service Advisors are given individual targets and goals to achieve. “We are proud to say that they are all self-motivated to complete the training while at home,” said Amjad.

The Managing Director added that there is also strong emphasis on in-house training, as part of which managers are required to monitor how well staff members under their respective supervision are performing in the various programmes the company is making available, and for which funding is being provided.

“The fact remains that our human resources are our most critical and valuable asset, hence we are making substantial investments, financially and otherwise, in the overall development of the very people who make us successful,” noted Amjad.

“This philosophy has guided our operations for some time now and we don’t intend to change it,” he said.