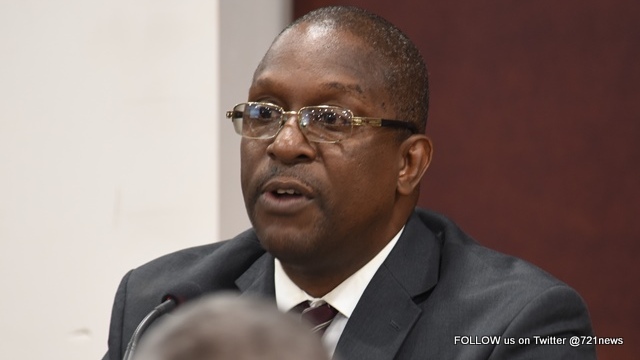 PHILIPSBURG, Sint Maarten — As a Member of Parliament, I was very vocal in the past via the media about the restructuring of Cadastre, and the urgency of filling positions to better serve the community of St. Maarten.

I have taken note of the letter and article of Mr. Lenny Priest regarding the Cadastre. The Minister of VROMI has already forwarded the proposed names of the restructured board to the Corporate Governance Council for screening. The Corporate Governance Council is in the process of screening the individual candidates, and this process by law takes six weeks before the Council renders their advice to Government. They also know the urgency of filling these Board and Management positions.

But everything you do in Government, you have to follow proper procedure in order for it to be done in a transparent and correct manner, and the Minister of VROMI is following this trajectory.‎

I believe in following a procedure in a legal way and transparent way, but with a time frame based on the urgency of filling these positions. You can see the same lengthy process in following the right procedures the Minister currently has to follow with restructuring of our electricity company NV GEBE.

I would like to thank the existing interim manager Ms. Marcia Peterson and entire staff of Cadastre for the excellent work that they are doing despite being short staff. They have continued to work hard‎ and serve the people of St. Maarten. They are the unsung heroes that are keeping Cadastre up and running during the lengthy process.

‎Some people who used to get their certificate of admeasurement in two weeks now might get it in three weeks, but remember they are short staff, and the Interim Manager cannot hire new staff, so it is unfair to them that they have to work with these conditions.

Just for the record and to inform the public correctly, the interim Manager‎ signs for certificates of admeasurement, the registration of mortgages and other services the Cadastre offers to the public. According to the law, the Cadastre has six to eight weeks to sign and process any admeasurements, but due to the short staff and the restructuring of the board it is taking a little longer.

In closing, the restructuring of Cadastre is a high priority for this Coalition Government, and I foresee the Corporate Governance Council rendering their advice to Government very soon based the urgency of the situation.