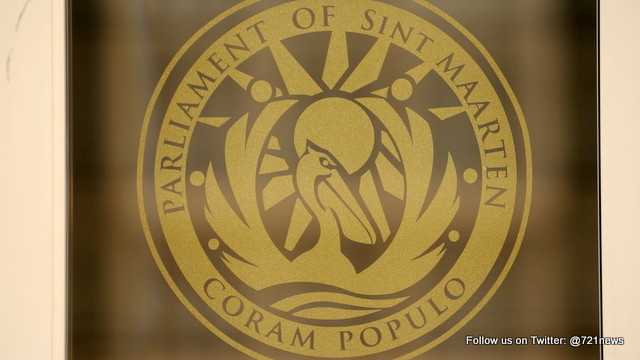 PHILIPSBURG – The Coalition Members of Parliament (MPs) sent a request to Parliament for an urgent meeting on the topic of the financial status of the country. In their request, MPs George Pantophlet, Frans Richardson and Sarah Wescot-Williams submitted the following agenda point: “Short, medium and long-term financial outlook of St. Maarten.”

“There is much public discussion regarding the international rating of St. Maarten, public and private investments, the fiscal policies and intentions,” the MPs said in their request.

They also requested that the Minister of Finance be present at this meeting. The individual members could ask the Minister questions, and as members of the Coalition of Eight, they have queried these issues.

“However, we believe that as Members of Parliament it is also our duty to allow the people of St. Maarten to hear for themselves what members of government have to say regarding matters that affect our people. Furthermore, our people are entitled to hear their representatives debate these issues in a mature and informed way,” the MPs’ statement continued.

“We also want the minister to be clear about some ideas he has floated with respect to taxes and changes to our tax system. The members of the coalitions wish to make it clear that there are many proposals for changes to our tax system, and while there seems to be a general consensus that we must change our tax system, or at least some taxes, which are currently part of this system, this exercise is surely not one this government and its coalition partners intend to rush into without due consideration and consultation,” they stated.