Home 721news Office of Disaster Management warns to be vigilant and prepared for peak... 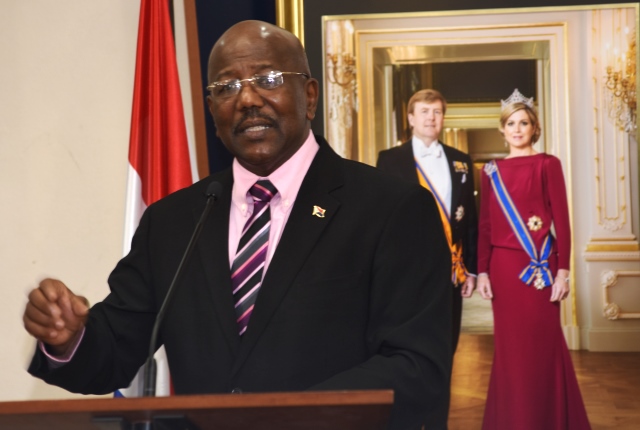 GREAT BAY, Sint Maarten (DCOMM) – The Office of Disaster Management (ODM) that falls under the Fire Department and the Ministry of General Affairs, is reminding the populace of the need to be vigilant and prepared and to take stock of their hurricane plans and review the aforementioned since we are now in the peak of the hurricane season.  It only takes one storm to make it a bad season for the country.

ODM is also calling on the community to closely monitor a weather system that is currently near the Cape Verde islands near Africa and traveling westward towards the Lesser Antilles. The system is expected to be in the vicinity of the Lesser Antilles over the weekend or early next week.

There is some potential for development, but due to the distance of the system to the Lesser Antilles, it’s too early to say, and hence why ODM is advising the community to monitor local Meteorological Department of St. Maarten (MDS) weather reports in the coming days.

The National Hurricane Center (NHC) out of Miami, Florida has given the system a 40 per cent chance for development over a five-day period.

The U.S. National Oceanic Atmospheric Administration (NOAA) Climate Prediction Center recently stated that we have now entered the “season within the season” – a roughly eight-week period that is often the most active and dangerous time for tropical cyclone activity.

The NOAA says the statistical peak day of the hurricane season – the day you are most likely to find a tropical cyclone somewhere in the Atlantic basin – is September 10th.

So far the season has seen eight named storms form with the latests being Hurricane Gaston out in the North Atlantic Ocean and Tropical Storm Hermine in the Gulf of Mexico. These storms do not pose a threat to Sint Maarten.

Daily updated weather forecasts can be found by visiting the website of the St. Maarten Meteorological Department website: www.meteosxm.com

Source: 721 News Office of Disaster Management warns to be vigilant and prepared for peak of season. Monitor approaching weather system